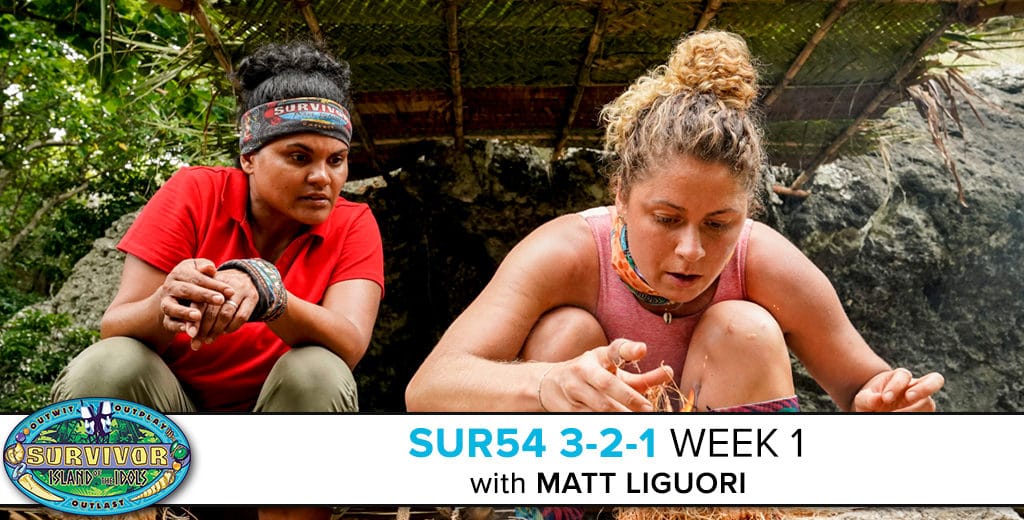 Survivor: Island of the Idols Week 1

Last week’s preseason top three consisted of Jamal, Missy, and Molly. Jamal‘s premiere showing was on the quieter side, but it looks like he settled into a good spot. The purple squad didn’t go to Tribal, but the majority alliance was certainly interested in keeping Jamal in tight with them. We saw him connecting with Tommy and overall just happy to be there. Molly was right there in that big alliance and seemed just as comfortable within the group. It was those outside the group that she wasn’t too happy with: Dan and his touchy-feely method of interaction wasn’t what Molly was looking for in a tribemate. She seems to have it under control for now; Dan sat down to discuss things with Kellee, so hopefully that doesn’t continue to distract Molly from the game. As for Missy… keep reading!

Our preseason bottom two was made up of Dan and Noura. Dan‘s first few days were actually worse than I could’ve imagined. He’s taking the Vytas Baskauskas 2.0 approach to the game and getting a little too close to his new tribemates. Kellee informed him he was making the women uncomfortable, so it’s now up to Dan to recognize his mistakes and correct himself going forward. I didn’t have confidence in Dan as a player last week and as you can imagine, nothing has changed on that end. As for Noura… keep reading!

This season’s first one to watch was the woman who captured hearts around America, Elaine. Elaine became our hero of the season within minutes. The orange tribe debated whether it was more important to keep Elaine around (and keep the women’s alliance together) or take out someone on day 3 who could be a huge threat to win the whole game (36 days later), and I’ve got to imagine they made the right call. Elaine now has the women’s alliance and her relationships with Tom and Vince to help propel her forward. It is possible Vince finds out Elaine was willing to write his name down, but I’m not sure where else he has to turn.

Time to look ahead to our first 60-minute episode of the season! Fingers crossed that the balanced editing sticks for the next 13 weeks. As always, check me out on Twitter @mattliguori and let me know your thoughts!

Tommy had a solid premiere showing. I wasn’t able to squeeze him into last week’s top three despite feeling pretty high on his chances this season, so I’m happy he’s here now. What we know so far about Tommy is that he’s linked up with Jack, in a solid majority alliance, and is working on building connections with his tribemates on an personal/individual level. He was immediately able to win over his tribemates by letting them in on his life back at home, where he’s a big-hearted fourth grade teacher and has a girlfriend he’s madly in love with and planning to propose to (collective “awwwww”).

Tommy’s tribe started off strong but not without some drama, and Tommy being uninvolved is perfect for his game. From Jason being on the outs with Noura by his side to the tension between the women and Dan, there’s plenty of reasons to believe Tommy shouldn’t be in danger anytime soon.

Missy will get the distinction this week of being the only person from our preseason top 3 to land in the same spot this week. (Yes, an honor bigger than winning Survivor itself.) I thought Missy looked great coming out of the gate. She connected with all of the women on her tribe on a personal and a game level. She found things to relate to with Karishma and Elizabeth that had them looking like friends who had known each other longer than Boston Rob and Jeff Probst.

The vote seemed rocky heading into Tribal, but Missy served as a calming presence for her group which helped them stick together and take Ronnie out (ensuring a woman wasn’t the first boot for the sixth consecutive season). Missy is looking like someone who knows what she’s doing and I’m excited to see what she’s going to bring to the season.

Karishma has her head in the game (and her heart in the song). The women’s alliance that was formed on Karishma’s tribe was crucial in their first vote and she was probably the most important player in the final decision. Ronnie and Aaron thought she was with them, but ultimately Karishma chose to stick with the women… which feels like the right call. She seemed to think that Elaine leaving would be good, but she wisely realized that making a move like that would make her look disloyal to all of the women and was not worth the risk.

I don’t think Karishma necessarily needs to stay locked in with the women (as much as I’d love to see it). She left herself an open door that otherwise would’ve been slammed in her face. Something tells me if either of our two mentors were writing this blog after that Tribal, Karishma would’ve been in their top 3 with a bullet. “She’s smart!” Rob and Sandra see it just as much as I (and I’m assuming you all) do. And now I’m imagining a world where I have to stop blogging someday and give up the reigns to Sandra Diaz-Twine. 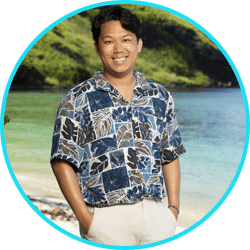 Vince is someone I was pretty worried about in the preseason, but thanks to Dan and Noura he avoided a spot in the first bottom two. It’s amazing how diverse this cast is (especially compared to some groups we’ve had in the past) but there’s still something that separated Vince from others in the tribe to the point where a handful of them were close to writing down his name (or ended up doing so). He was shown to be a hard worker around camp and someone not causing any waves, yet he ended up receiving two votes. Make it make sense.

Vince isn’t weak, but if this tribe has to go to another Tribal and the women continue to stick together we’re probably looking at either a Vince or Aaron vote-out. As you can tell, I’m leaning towards Vince under the assumption the tribe will think they need Aaron more.

I’m not sure what the reaction will be to you all seeing Noura down here again, but it feels right to me considering my preseason concerns are still lingering. Noura has a big personality and she’s not the kind of person who can blend in with a crowd early on in Survivor. This week we saw an alliance form on Noura’s tribe without Noura included. She spent her first few days eyeing Jason as a potential ally, while Jason spent his time idol hunting and separated from the majority.

Noura probably realized she was on the outs when she approached Jason with a warning, but at that point any halfway decent Survivor player should be running to the numbers and trying to convince them you want in. I’m sure Jason appreciated the tip-off, but once the majority finds out Noura is working with the “enemy” it’s surely going to be her they’re more upset with. The previews for next week are concerning for Noura to say the least and I can’t imagine she lasts much longer.

As the star of the Island of the Idols premiere episode, Elizabeth feels like the clear choice here as our current one to watch. Right from the jump, Elizabeth seemed to be connecting with the women on her tribe with her charming smile and big curly hair. She had a good laugh about how she is in fact an Olympic swimmer, leading to major heart-eye reactions from Karishma and Chelsea.

Elizabeth may not have been a superfan before arriving in Fiji, but she got some valuable lessons from two elite winners to help her as she gets ready to really start her game. “Follow your gut” and “if it seems too good to be true, it probably is” may seem like obvious advice, but they’re super solid key phrases to keep in the back of your head coming from the mouths of Survivor legends.

When Elizabeth returned to camp and lied about her experience we were all holding our breath and waiting for it to backfire, but the connections she had been forming were strong enough to keep her out of harm’s way. Just about everyone was looking to pull in Elizabeth for her vote before they left camp to go visit Jeff. With the most information of anybody on either tribe and some advice to carry her forward, the Olympic swimmer is certainly one to watch.