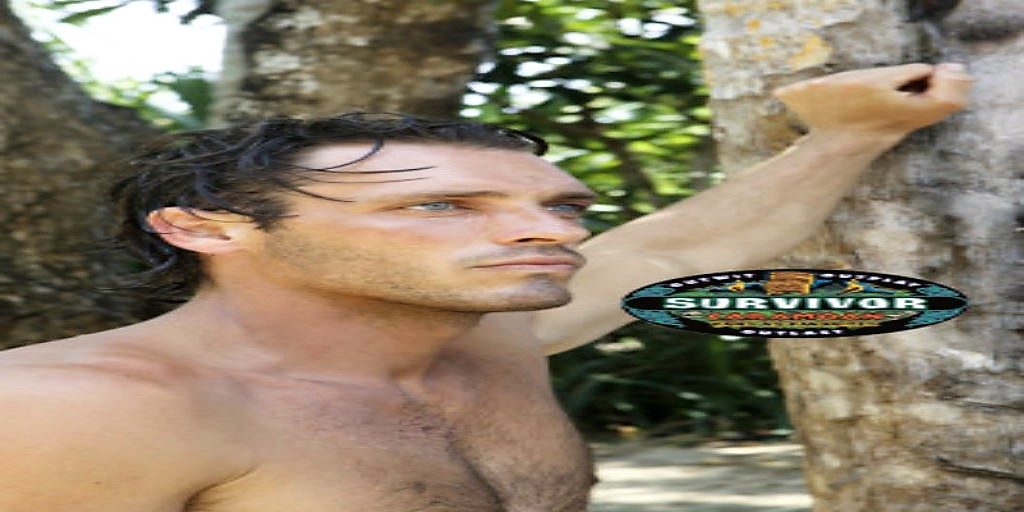 Well, Loyal Blog Readers, we’ve made it through another action-packed episode of Survivor: Caramoan. Brandon freaked out! (For thirty seconds.) Dawn cried! (Alone in the jungle in the middle of the night where no one could see or hear her.) Brenda gave a confessional! Ahhhhh, just kidding, I was just seeing if you were paying attention.

Because I like to leave plenty of material for my esteemed fellow bloggers, I’ve decided to focus tonight on talking about one specific castaway whose gameplay really stood out to me. Once in a great while, you encounter a Survivor contestant with a truly staggering mastery of the subtle nuances of the game. These rare castaways seem to be able to guide their alliances, almost effortlessly, all while remaining safely beneath scrutiny. What gives these castaways their magic touch? Are they simply Touched By An Angel Copyright 1994?

If only there were some kind of…set of rules…that could teach someone how to play like a Kim Spradlin, or… dare I say it? A Boston Rob?!

The Wall Street Journal has been all abuzz about it. Investors are excited. Enough build-up! Let’s talk about the explosive Initial Public Offering of Stealth R Us, Inc.

For those of you who don’t know, I am a business school student, with a specific focus on administration and management. So imagine my chagrin when I discovered tonight how much money I could have saved on tuition if I’d just been willing to read Phillip Sheppard’s upcoming book and future Tony award-winning Broadway musical, How To Succeed in Business Without Really Knowledging. Luckily for you, loyal blog readers, I hacked into the servers of Stealth R Us, Inc., and I’ve been able to secure a leaked manuscript. In a Rob Has A Website Exclusive, it is my honor to present an excerpt of The Phillip Sheppard Rules:

The best way to secure leadership within an organization is to declare yourself the boss. Not on the basis of any kind of merit, but Just Because You Say So. If you tell everyone in your tribe that you’re in charge, everyone will accept it as Fact. Why? Because it came from you! And you’re the boss!

Demonstrating leadership ability and building confidence over time through sound decision-making and political gamesmanship is for suckers.

As a skillful leader, know that your organization is only as strong as its weakest party (which may or may not be you). Thus, it should be your top priority to identify and recruit top talent.

Imagine that you have been sent a resume by a candidate whom we will call “Erik.” This candidate has a lot of talents that can help your organization overcome challenges and succeed.

How can we convince Erik to join our organization? Should we put together a strong value pitch, taking care to acknowledge his strengths and highlight how far he could go with us?
Absolutely not. Tell Erik he can join you or die. Make sure to boast about how much power you have, and belittle him as a human being. If there’s one thing good recruiters know, it’s that top talent loves being bullied and insulted!

PS Rule #3: Never Underestimate the Value of a Title

Remembering the names of your underlings is difficult, and wastes valuable brain cells. Since everyone around you exists only to promote and support your self-declared leadership position, they will be perfectly content to answer to any arbitrary title you may decide to give them! Even better, since they respect and look up to you so much, if you give them a flattering title, they’ll respond with overwhelming gratitude! A happy worker is a productive worker.

Expert Tip: Stick to nicknames that reinforce their egos—things like The Enforcer, or The Assassin, or Guy Who’s Really Good At Bringing Me Coffee. Nothing warms the heart of an employee like insincere and baseless flattery!

Conflicts can arise in the day-to-day operations of an organization, and it’s your job to step in to contain them. A conflict can derail the group from their goals, so a sound leader has to know how to get things back on track. A measured hand and a compassionate heart can turn a sour employee back into a loyal soldier! The important things are to address the issues, to make everyone feel heard, and to guide both parties in a more positive direction.

For example, let’s say an employee, “Brandon,” were to approach you seeking affirmation that you trust him. Should you take the time to reassure and console him, in the hopes of winning his long-term loyalty?

Absolutely not. Respond by reminding him of his inferior position. Make sure to tell him that you occupy a higher rank than he does in the organization—not because of your superior skills and knowledge, or even because you enjoy strong support, but Because You Said So (See PS Rule #1).

Really make sure to really rub in how worthless he is. Nothing builds loyalty like making sure that earning your approval is a challenge!

Real talk, Loyal Blog Readers. I can’t believe that only 8 days ago I actually wrote a comment here on RHAW expressing the opinion that it wouldn’t surprise me if Phillip had been conning us all along. Watching his interviews after Redemption Island, I had really started to feel in my gut that this guy might actually know how to play this game.

And my delusions continued. After watching the premiere, I actually felt pretty good about that prediction. While I didn’t agree with all of his methods, he did seem to have built a majority alliance, and he did say that he was allowing Boston Rob to guide his gameplay decisions. It seemed to stand to reason that he could emerge as a gamer. He wasn’t saying anything crazy, or causing fights around camp. The truth is I’d actually have bought his stock before the bell.

There’s really no excuse for that. Fool me twice, shame on me. Because it turns out that Phillip Sheppard is exactly what we always thought he was. Maybe not crazy, but certainly overly eccentric, and definitely not a good Survivor player.

Before we part ways for another week, Loyal Blog Readers, I’d like to ask you a few questions! It’s everybody’s favorite segment: Q&A Time!

Question 1: Was that an Immunity Idol in Reynold’s pocket, or was he just happy to see us?

Question 3: Did anyone get a dramatic black-and-white photograph of Phillip hoisting the Bikal flag for his Iwo Jima scrapbook?

Stay tuned for plenty more Survivor analysis from the rest of the RHAW bloggers, with new columns up every day! And, as always, feel free to leave me all of your thoughts in the comment section below.