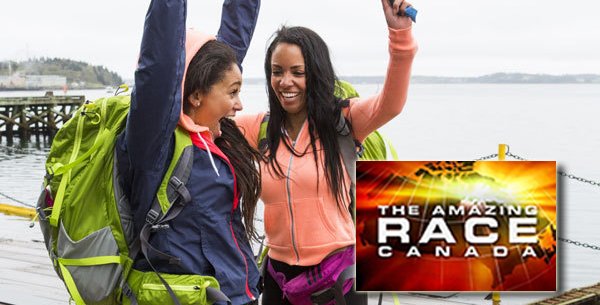 It’s fitting that this week’s episode of The Amazing Race: Canada featured cars with manual transmissions, because there’s no better way to describe our teams than with hackneyed manual-transmission metaphors. (Hey, if you’re going to go on The Amazing Race, you’ve got to learn how to drive a stick shift, and if you’re going to write about The Amazing Race, you’ve got to have an arsenal of hokey travel metaphors. That’s the way of the world.) Two teams spent the entire leg in high gear, one team coasted in low gear, and one team stalled out—both literally AND figuratively.

The fact that nobody got eliminated this week was not a shocker if you’re keeping track of how many episodes remain. It was coming either this week or next. I suspect even the teams knew that on some level. What I did not expect was that this leg was not technically a non-elimination leg, but the first half of a two-part superleg. 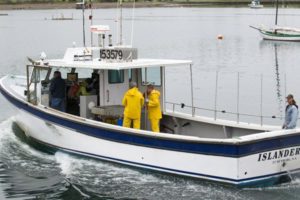 A long but manageable leg.[/caption]

As I have most likely mentioned before, the superleg was conceived almost by accident way back in Season 6 of the U.S. edition. Back then, teams who came in last on a non-elimination leg had to give up all of their money and luggage. This forced them to beg other teams and locals for enough money to pay for taxis and incidentals. But when the Race planners envisioned a non-elimination leg in Hungary, only to discover that begging is illegal there, they had to come up with something else on the fly. The superleg (or, in some circles, the uberleg) was born, and much like the accidental invention of the potato chip, Silly Putty, and Teflon, it turned out to be serendipity.

Eventually, after some trial and error, the Race hit upon the Speed Bump as a non-elimination penalty, which took away all the awkwardness of begging and all the boringness of waiting out penalties. But now Race brass also had the superleg in their back pocket, and they continue to deploy it every now and again to keep us all on our toes.

Personally, while both have their place, I prefer the superleg to the non-elimination, especially this late in the Race. It’s fun to watch teams leave it all out on the field thinking the pit stop (and, more importantly, a 12-hour-or-so break) awaits them, only to be told they are still racing.

Unfortunately, this wasn’t exactly the kind of leg where you necessarily have to leave it all out there. If Regina had been half of a superleg, that would have been interesting. If Regina and Nunavut had been a back-to-back superleg, that might have actually killed someone. (Most likely Holly.) We’ve never had a death on the Race course yet, and I hope that streak remains unbroken, but still, I feel like this leg could have featured at least one task that required more than minimal physical or mental exertion. Even Vanessa and Celina, who had a positively brutal day, weren’t all that tired by the end of it. And it’s highly likely that when teams arrive in Newfoundland for part two of the superleg, they’ll arrive at yet another landmark to find it closed, with hours of operation posted and sleeping bags helpfully piled up at the entrance. That’s not an ideal break, but it’s still a break. This is not really a superleg so much as a “leg plus.”

Neither the Roadblock nor the Detours seemed like anything more than minor inconveniences to any of the teams. The sausage detour, in fact, was a direct rehash of a salami-tasting Detour option on the Turin leg of Season 20, although I don’t remember there being quite the range of animals represented in Turin. Nova Scotia’s meat-tasting task featured a veritable zoo of animals—I didn’t catch them all, but I definitely saw beef, two kinds of pig (wild and domestic), caribou, elk, chicken, and rabbit. It’s probable that if Vanessa and Celina (or the Tims, for that matter) had any idea what they were sampling, they wouldn’t have been tasting all of the sausages with quite so much gusto. Maybe that was a blessing, because between manual transmission issues, navigational hiccups, failing to recognize the Bluenose, and memory troubles, the sisters certainly didn’t need anything else slowing them down this week.

In light of the relatively easier tasks this week, it was even weirder on its face to see Jet and Dave, easily the strongest team left standing, drop down to the back of the pack. The key words here being “on its face.” Think about it. Are Jet and Dave losing momentum, or is it more likely that they’re conserving their energy for the home stretch ala Bates and Anthony? They’ve been pretty smart racers so far. It’s got to be the latter. They saw what a rough day the girls were having and realized there was pretty much zero pressure on them even if this leg was going to eliminate a team. So even as Jet struggled to find all the pieces of his scarecrow, he didn’t lose his sense of humor. There was no need. In fact, they got even loopier and funnier as the leg went on, performing sea shanties and talking to their lobsters like they were dogs.

The Roadblock did afford us a glimpse of one possible chink in the dudebros’ armor, though—attention to detail isn’t exactly their strong suit. We’ve seen it once or twice before, notably in Regina, which was coincidentally the last time Jet struggled with a Roadblock. On this leg, once he got a little flustered, he attempted to skip a step as big as omitting his scarecrow’s entire torso. He should know by now that you usually can’t cut any corners on The Amazing Race, let alone corners that big. It didn’t matter here, ultimately, but it might matter in the finals.

Where Jet and Dave downshifted, Jody and Cory kicked it into high gear on this leg, clinging to their lead as tenaciously as their first lobster clung to his trap. We also saw something brilliant that I’ve never seen before: a Racer using home court advantage to jettison some luggage. It doesn’t appear that there’ll be a leg in Ottawa on this Race, but that didn’t stop Jody from taking full advantage of the brief stopover in his hometown. Since the Race is almost over and it’s not likely they’ll need everything in their bags, Jody was able to drop an entire backpack full of stuff at the Lost and Found in the Ottawa airport for retrieval after he gets home. Racers have totally abandoned luggage in the past, or shipped it home, but nobody’s ever managed to leave something for later pickup that I can remember.

You didn’t think I’d write 1200 words about this week and neglect to bring up the U-Turn, did you? Here’s the thing: there was only one team left who would have realistically considered using the U-Turn. That was the Tims, who could have U-Turned Jet and Dave in an attempt to knock them out, just like they did to Hal and Joanne a few legs back. Jody and Cory were in a comfortable first place and don’t seem particularly concerned with their competition. Jet and Dave had already promised not to U-Turn the girls (and they were far enough ahead of them that it wouldn’t have made any difference anyway). This was probably the Tims’ last chance to do anything strategic to get rid of the biggest competition, and they were the only team who could have conceivably stood to gain anything from it.

However, I think everyone was aware that nobody but the girls were in any real danger, U-Turn or no. Vanessa and Celina were probably toast (well, non-eliminated toast) whether it got used or not. U-Turning Jet and Dave at that point wasn’t necessarily going to guarantee their elimination—it was more likely going to make them mad. This, too, has been said before in my column: don’t U-Turn someone you expect to see again. Good call, Tims. It’s not the first time the U-Turn has been a non-factor and I’m sure the Race will be no less exciting in its absence.