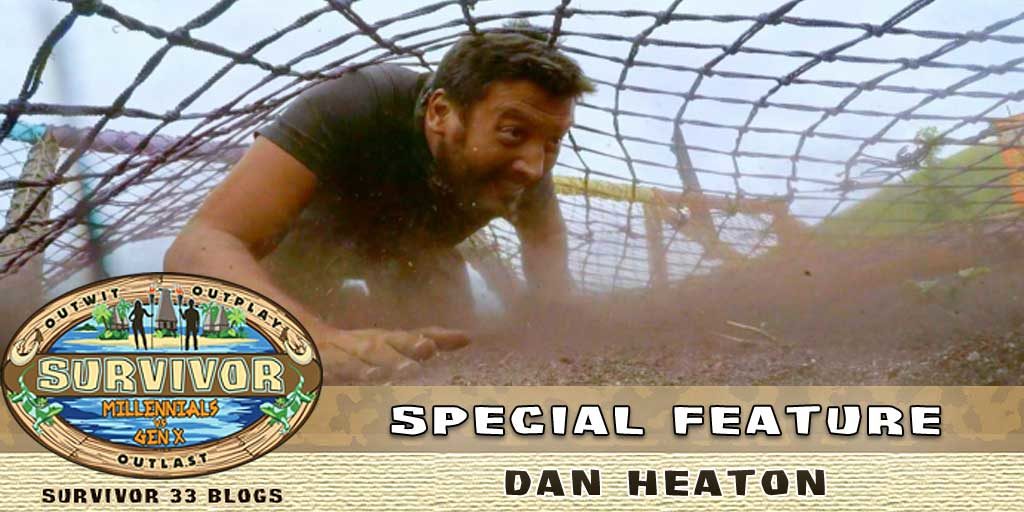 A New Brand of Cast on Survivor 33

We’ve shut the curtains on another Survivor season, and enthusiasm about the show remains high. Unlike the head-scratching end of Kaoh Rong, there were few doubts in this game’s final three that Adam would prevail. Hannah did make a strong case that she deserved consideration, and I expected her to receive at least a vote or two. The 10-0 shutout surprised me, but it wasn’t shocking given recent jury trends. Most jurors probably had their vote decided well before the Final Tribal Council. It still was an exciting finale, though.

What made this season feel different? The main reason was the way that each player approached their exit. The Ponderosa videos showed little animosity between the jury members. Chris was cold initially to Jessica, but it was nothing on par with the responses to Kass in Cagayan or Cydney last season. There were regrets about not winning, but most players focused on enjoying the experience. I hope that I’d handle my exit in the same way if I played (Jeff Probst, send me your phone number). It reminds us that while the stakes are high, Survivor is still a game.

This warm atmosphere made the reunion one of the show’s best. Jeff asked cringe-worthy questions to Sunday and Hannah, but that’s expected given his tendencies. Focusing on Sunday’s role as a mom and Hannah’s one scene with Ken diminished them as players. Those were the exceptions, thankfully. Jeff spoke to every jury member, and there were no gimmicks like Terry Bradshaw or a random little girl. Boston Rob did not return to offer his book as the perfect stocking stuffer. Even the demise of FigTails received just a few moments; that was the right amount of time. The cast seemed to enjoy being there, which isn’t always the case.

I also loved seeing the group of misfits sitting in the front row. The success of neurotic super fans like David, Hannah, and Adam made it easy to identify with this group. Even Ken was hardly the alpha you might expect by looking at him. I also turned around completely on Jay, who was easy to root for by the end. When the athletic young guys are likable too, you know that a season is clicking. The raw emotions from Adam (and his family) during the reunion brought more relevance to everything. It was touching to see tears on the faces of so many players while he related his mom’s story. You can’t fake that kind of closeness.

Another factor in this season’s charms was the surprisingly open style of play. Adam embodied this approach by speaking frankly about his plans and past votes. He told David that he could not beat him in the finals and owned the fact that he screwed Taylor. Players revealed alliances at Tribal Council and whispered strategy right in front of Jeff. When blindsides happened, the normal response was laughter. Will looked thrilled just to have the chance to get voted out of the game. It’s a new metagame where strategies flip around so much because of the knowledge on past seasons. Survivor has become such an institution that players love just having the opportunity. They can’t believe the votes are happening right along with the viewers.

The movement back towards fans and regular people has paid huge dividends for the show. While I suspect that we had recruits this season, the percentage was much lower. Unlike the “fans” in Caramoan and Micronesia, this group had actual obsessive fans. Instead of acting crazy to get attention (i.e., Phillip) or exaggerating an over-the-top character (i.e., Rupert), they make good TV through gameplay. Their choices aren’t always correct, but they’re rarely dull. This is very good for the show, which needs to feel like an event or risk losing too many live viewers.

Survivor finales sometimes feel like a coronation for the winner. It’s hard for them to live up to the chaos that follows the merge. This one clicked because it didn’t seem inevitable. I picked Adam to win prior to the episode, but David, Jay, and Bret were legit contenders. The episode included an amazing fake idol, a clever use of the reward steal, another failed idol play, and three memorable exits. What more could we ask for? Jay’s departure could have been humiliating, but he laughed it off like a pro. Bret was frustrated but not in a mean way. David could have been furious with Ken for betraying him. Instead, he smiled like a little kid while on the jury. Kudos to casting for bringing together such a refreshing group!

Adam is the perfect winner for this type of season. He played two idols incorrectly, bungled a weird new advantage (but then recovered brilliantly), and was on the wrong side of the vote frequently. Even so, he still kept playing and looked for ways to change the game. Adam also had a great story that connected with viewers that weren’t into strategy. He made mistakes yet formed personal bonds with enemies like Jay. Adam wasn’t a physical threat and might not be the smartest player. He is a super duper fan that’s a good model for fans that play in the future. There is no perfect winner, and every season is different. Adam was the right player for this metagame and ultimately deserved the victory.

Now that I’ve dispensed with discussing the game, it’s time for the more important contest. Which blogger will emerge as the winner? Before this season, we each made our predictions in a variety of categories. I totaled up the points, and there is a clear victor. Before getting to the final standings, let’s take a look at where we stood before the finale. Catherine was the leader because she correctly picked Rachel as the first Gen-X boot. She led with 14 points, with Sarah and Christine following with nine. There were still a lot of points on the board, though.

First of all, none of us picked Ken as the winner of the most immunity challenges. Taylor, Jay, Figgy, and Mari all received votes. The runner-up choices were worth 15 points, which could have dramatically changed the standings. Amazingly, none of us chose Hannah or Ken as part of the final three. Christine, Scott, and I all picked Adam to make it but not win. This leaves the selections for the winner. Going into the finale, Michel, Sarah, and I had a shot at the key question. Michel picked Jay but lost his guy first. Bret then failed me when he departed in fifth place. The final contender to defeat Catherine was Sarah, and she chose wisely. Adam’s win added 25 points to Sarah’s total. Here are the final standings from the bloggers’ contest:

Looking Ahead: The Game Changers

At the end of the reunion, Jeff teased the worst-kept secret among Survivor fans — season 34 would be all returning players. The show leaned into this knowledge by revealing some cast members in the teaser video. I’ve read the full cast list (it’s easy to find) but will only discuss the participants we saw on TV. Some highlights (and one lowlight) of the next cast appeared on stage. It was an awkward scene, but there’s still a lot of potential from the group.

The queen is back! I’m thrilled that Sandra is returning to defend her crown. I’d prefer to see her return as part of an all-winners season or winners’ tribe, though. The early votes will be dangerous for Sandra. Tony and JT are the only other winners in this cast, so it will be harder to hide. Tony is in a similar boat and probably in more danger than Sandra. He played more recently in a season that everyone watched. JT has a better chance to survive the early carnage because of the longer time since Heroes vs. Villains. His blunder with the idol could actually benefit JT and make him appear less imposing.

I’d also mark Cirie as an obvious target with Sandra and Tony. Her reputation is sky high because Micronesia is so popular. I hate to be so pessimistic, though. As this season reminded us, pre-game expectations are usually wrong. We also saw Tai, Ciera, and Ozzy on stage and learned that Michaela will immediately return. I was finished with Ozzy after Micronesia, so his return doesn’t excite me. Ciera is all about big moves, so she fits the mold of the season’s theme. It’s basically set up to be “Survivor: Big Moves”, and I expect many twists. Whether they click will be mostly about the cast. We just saw how much the right attitudes can dictate a season’s success.