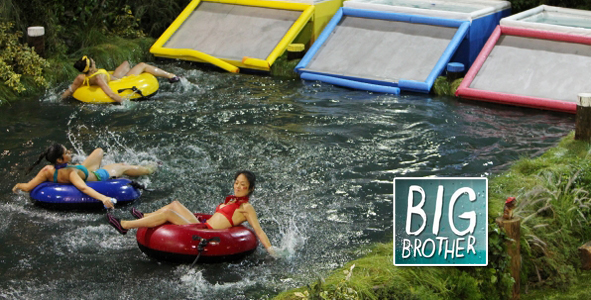 So we’re back, for Episode 2. I wonder who’s going to get murdered during this episode. My money is on Amanda—Oh, sh*t, wrong show. Okay, here we are again for Big Brother. So, according to people who watch the livefeeds 24/7—and an open letter from current houseguest Andy—I mean, former houseguest Regan—these houseguests have been talking like extras from Leonardo Dicaprio’s plantation party scene in DJango Unchained. This is not making this cast the most likable in Big Brother history. I wonder if Julie Chen has Big Jeff, Jordan, and Ian on standby in case the diversity training workshop that they’re going to have to do with this cast doesn’t work.

Anyway back to the gameplay that we’re seeing unfold:

Each season of Big Brother obviously takes on a life of its own. If you’re a player, so much depends on the cast. You could be a combo of Dr. Will and Big Jeff, but if the houseguests are not the right mix , you can be in trouble and be done quickly. Right now, the alpha players for this season seem to be Amanda, Spencer, and Nick.

We will close on a high note. Literally. David thinks he’s on Temptation Island and has no idea what is going on at any point of the day. He’s on autopilot. He will go home soon unless somebody hides his stash and gives him a pep talk: “Clear eyes, full hearts, can’t lose!” Something tells me he wasn’t cast because of his passion for the game. I mean, how in the hell do you “know the water by heart”? Seriously!