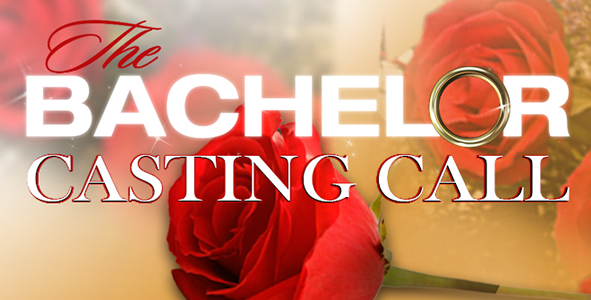 On Saturday July 13 from 1-5pm, in what looked like an ordinary bar in downtown Denver, something unusual was going on – a casting call for the reality TV show, “The Bachelor.” This is not something in Colorado very often.

When I heard about the casting call I wasn’t thinking bar. For some reason I expected a hotel with women dressed in prom dresses lining the hallways, waiting to be seen by a cadre of ABC casting reps. I was way off. This was much more informal. 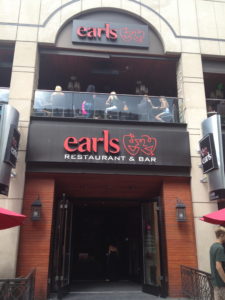 The bar, Earls, was pleasant and had two levels. The first floor consisted of a restaurant, the second a large square bar with seating all around. This is where I walked in and saw the casting process taking place. Women dressed to impress (I got the prom dress part right) lined up to fill out an application form, get their picture taken and then wait to do a short video with one of two ABC casting staffers.

Running the whole operation was Lacey Pemberton, the series’ casting director. Slim, attractive and in her early 40s, (she wouldn’t let me take her picture so I’m trying to give you a mental one) Pemberton scanned the room, making sure the local help she’d hired on was on task. She blended into the bar like a chameleon and that’s just how she wanted it. When I spoke with her, Pemberton said her invisibility is intentional. She didn’t want anyone to know that she was the casting director. Mission accomplished.

While applicants waited to film their short video, with the person who held the key to their Bachelor fate walking right by, they sat, had a drink and talked with family or friends. None of the women I met came alone. Many had come to the casting with friends who were either also applying or wanted to come along to see what it was like. Some women came with relatives who also applied.

One of the last people I spoke with was there because her older, married co-worker had insisted she go. The co-worker even tracked me down after she saw me talking to other applicants. Maybe she thought I could help her friend get on the show.

For the most part, applicants were curious as to what I was doing and seemed eager to talk to me. Of course, not everyone was forthcoming. Some of the women didn’t want to chat once I introduced myself as a writer. They’d either tell me they didn’t want to talk or they would but I couldn’t use their name. I found this level of shyness odd considering they were applying to be on a reality show but maybe they thought I was looking for something negative to write.

I talked with several groups of women. They ranged in age from 22-36. My sample size was small (about 12 women) but they all had different perspectives on the process depending on their age. The younger women (22-25) were excited and had an idealistic outlook on the show. The women with some dating experience (27-29) had a much more confident attitude and weren’t nearly as concerned about potential house drama as the younger women. The older women I talked to (34-36) seemed more frustrated about the traditional dating process then their younger counterparts but also less at ease overall about applying for the show.

Again, my sample size was small but the perspectives about being on the show were noticeable by age with the people I talked to. Here are some general overall takeaway points from my chat with the applicants:

There were about 300 women applying but there were also some men who filled out applications to be the Bachelor and be on the Bachelorette. About 40 or so.

When I asked the contestants I talked to what their parents/family thought about them applying they all hesitated/stuttered in their reply. As if they were embarrassed to be there.

The biggest challenge women were concerned about were: 1) Drama and 2) Connecting to whoever the Bachelor is in a competitive environment.

– When asked what guy from this season they’d like to see on the next Bachelor: Brooks received 5 votes, Chris 2 votes, Juan Pablo 1 and “someone new” received 4 votes.

– When asked why they were applying to be on the show every woman (except one) answered, “to find love.” The lone exception said, “to meet new people.”

– One 22-year old said she was, “Tired of the bar scene.” I laughed out loud when she said that.

– That same 22-year old gave me the most honest answer of the day. When asked what about the show appeals to her she said, “To travel.”

– Every woman said that if they didn’t feel any connection to the Bachelor that they’d leave the show. Based on the history of the show, I found this hard to believe.

– None of the women I spoke to knew what the next step of the process was. They did know they’d have to be available for about nine weeks of filming but that’s about it. I filled them in that the top 100 applicants would be flown to LA for 2-3 days and conduct interviews with casting staff and producers before being whittled down to the final 25. None of the women knew when taping was taking place.

I enjoyed speaking with the applicants. While some were leery to speak with me at first, after chatting with many of them I found that they really were there for “the right reasons.” Those reasons may vary, some were applying for the experience, others because they are genuinely frustrated with the pool of male candidates where they live, and others because they are hopeless romantics. Either way, I found nothing but women who were excited to be there. I didn’t notice anything phony or fake at all. I didn’t spot the next Tierra or Michelle Money.

Of course, I’m a guy so I might not have been able to see that anyway.

Of all the people I spoke to I think that Jordan (pictured above), a 27-year old professional soccer player from Lakewood has the best chance to be on the show. She was there with her sister Ashley (28). They were both a treat to talk to but I think Jordan was the most confident person I chatted with. That’s something that the casting team looks for.

Speaking of the casting team, my interview with casting director Lacey Pemberton will be coming up in Part 2.