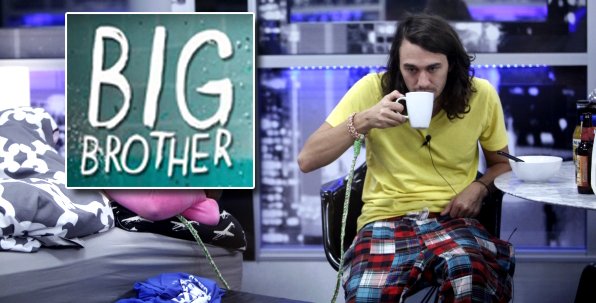 Just to start with, I’m going to spoil Big Brother this week as well as a couple of movies, so if you don’t read on I understand. First off, is the movie, The Usual Suspects the biggest movie of all time that you could spoil the ending of and ruin for somebody who’s never seen it? It’s either that ending, or the ending of Teen Wolf, when you don’t know if Michael J Fox is going to play the championship high school basketball game against 36 year old men posing horribly as 17-18 year olds as himself or “the wolf”. First spoiler:www.youtube.com/watch?v=30sYk9B4OqU


The movie the Usual Suspects if you’re the one person who hasn’t seen it is about a group of 5 criminals that form a cute little team, like the Goonies one night in jail when there all suspected of a robbery. They end up having to do a job for the mysterious Keyser Soze, who is supposedly the most evil person ever. By the end of the movie we find out that one of the 5 criminals is actually Keyser Soze and the rest of the 5 is killed off during the final job when their looking for One Eyed Willy’streasure (worst summary ever, I know L).  My point is that in the Big Brother game, we are left with a group that isn’t exactly captivating the nation with their charisma and likability. It’s a group that is flawed by how they each have carried themselves during different moments of this season, which has made it hard for the viewers to truly root for any of them with all their hearts. The biggest comparison to the movie and the remaining houseguest is that we don’t know who will end up being the “Keyser Soze” of this group. Just like the movie, there is no clear indication of who’s calling the shots or whose where on the food chain in the house. Like the movie, The exterminators are a group of individually flawed Big Brother players.  The group which was formed two-three weeks ago, was formed more out of desperation of impending doom than anything else. We still don’t know who the Alpha of that group is. The dynamics of the group have not been tested until this week. The message that was being sent Pre-POV was that McCrae was the target. (Spoiler Alert!) McCrae won the POV. So now, what’s going to happen? There is no clear favorite to win the game. Everybody left in the game has a chance or an argument to make to the Jury on why they deserve to win, but the flip side to that is everybody also has a reason why they shouldn’t win. That is why it’s up to the true cunning player left in the game to make their move and give themselves the best chance in the finals. Other than getting Mccrae out, we don’t know what the next move is for the “dirty 4” .

Let’s do are best to find out who is going to reveal themselves as the Keyser Soze of the group.

Maybe now he will reveal himself as a cold blooded player ready to finish the game the way he started it. I think McCrae in the finals will have the least hostile questioning from the jury (Not that he won’t get a little heat but not as bad as everybody else). I think Mccrae against anybody in the finals win’s the game. The problem for Mccrae is getting to the finals. I think he has the best chance to win HOH, which is one way to guarantee he stays. Before that happens though, he needs to spend the rest of this week fostering some trust and allegiance from at least one other player. Mccrae thinks Andy is that person, but we know that is not the case, so he needs Spencer or Ginamarie, which I don’t think is likely. Mccrae needs to take the gloves off and get down and dirty.

So here we are near the end of the game. Who is going to make the final couple of moves to win themselves this game and walk out of the house as the winner while the rest of the jury reflects back and ask how that person did it? www.youtube.com/watch?v=s_6SenP4DDg


With McCrae winning POV, it has caused the exterminators to address the elephant in the room and start strategizing how as an individual they can get to the finals. Every person left in the house is a Big Brother criminal for a wide variety of crimes; as such we the viewers don’t know who to root for. What we do know is that the biggest day of this season will take place on Thursday, when the next HOH competition is held, because there will be four completely different scenarios on the table and no spoiler or rumor beforehand can predict what will happen, because who will be making it to the ending of this season is still so unclear and Keyser Soze is still in the house and unknown.