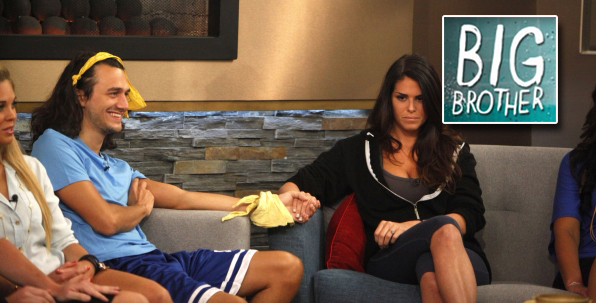 My favorite TV show returns next week, Breaking Bad. Sadly if you don’t know what that show is, it’s basically about a normal middle aged dude who thinks he only has a few months to live and so he decides he wants to leave his family a little nest egg for when he’s gone, so he decides to start cooking and selling Meth. Each season this guy has slowly turned from nice, normal man, to a  ruthless, cunning, murderer. My point here, is that I’m starting to see some of the house guest we were all rooting for a few weeks ago, starting to “break bad”. I mean honestly, who is the “likably” house guest here, that America usually pulls for each season? When the season started, Helen, Mccrae, Andy and Judd all seemed like high virtue, morally strong players. Now it seems like the power has affected them like a drug. It’s like America is having to relive the time Jesse Spano got hooked on diet pills parlayed with Brandon Walsh becoming a gambling addict, only were dealing with this all at once. www.youtube.com/watch?v=bflYjF90t7c

These are not the same people we were pulling for a couple weeks ago. We will get back to them in a minute, but lets all pay are final respects to Howard first.  Howard, I was pulling for you, but then you started making incoherent speeches that made George W Bush sound like Abraham Lincoln. Let’s keep it real here, we all trust each other and this is a safe place to share, Ok? I will start sharing first and then other people can jump in , cool?  Howard you were god-awful at this game. He was horrible in the physical competitions, he was horrible in the non-physical competitions and his social game was horrible. I don’t really like the power in the house right now, but Howard didn’t exactly deserve to stay in the house. RIP Howard..

Let’s move on and do a hypothetical “Spoiler Alert” on who wins HOH. In fact, let’s make this hypothetical spoiler alert seem really, really nutty. Let’s say that hell has frozen over, and Ginamaria has won HOH…I know! Cats and dogs living together, mass hysteria! In this silly, hypothetical spoiler alert I’m actually happy she won it! Wouldn’t it be great if instead of a letter from home that each HOH gets there first night, is instead a restraining order from Nick?

Let’s get into the action:

Ginamaria has a chance to really cause an earthquake in the house.[/caption]

Prediction time, the power in the house has not shifted in four weeks. Ginamaria as the hypothetical HOH  could shake up the house, but my guess is that Spencer and Candice start out on the block. I hope to god think that Amanda will be put up by America again. Last week Amanda avoided her gruesome destiny, this week she may not be so lucky. Look for something to change the dynamics in the house this week. CBS may try something this week, like a Pandora’s box. See you all Monday!