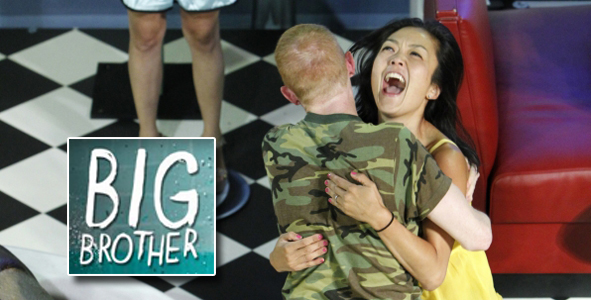 (Disclaimer: The views of Redhead/Gingers in this blog are solely a result of traumatic incidents that occurred in the writers life from 1987-1992, since then the writer has been apart of the National Awareness for Gingers Association, or N.A.F.G.A. Please forgive the tongue and cheek anti-ginger tone.)

Welcome to the Red Wedding HOH. I’m going to start this blog by quoting the American Medical Association definition on Red heads/Gingers.

“Gingers based on science, are a vile, untrustworthy, cunning, soulless, group, with Ginger-ish names (the male species) like, Brad, Skylar, Micah and Ronny to name a few”.   www.youtube.com/watch?v=fK6NbGhMw4w (There is a lot of vulgar language in the video!)

Growing up, when you’re playing soccer as a seven year old, the gingers are always the bitchy one’s that try to trip you, cry when they got knocked down and usually are the spazziest ones on the field. L.Ron Hubbard was a ginger (Oh man, Tom Cruise just pulled up in front of my place on his Top Gun Bike, with one dude who is in one of those creepy costumes from Eyes Wide Shut..I better stop) Lizzie Borden was a ginger and she took a hatchet to her own father and stepmother. Extreme yes, my point is that gingers are tough to predict normally, but in this case, with Andy being the HOH,  it appears that he is going to do lame,  “ginger-ly” things, like not go against Helen or Amanda! Grrrrrrrrrr! Some readers brought up some good points last blog, about Aaryn actually making a smart move when she let Helen coerce her into stabbing Judd in the back. The Judd backstabbing has set into motion the first step to the beginning of the end for this season. Not that the season is ending next week or anything, but that move was the first major shot fired this year. Last week, the Alphas in the house slowly started to circle each other, like two cowboys about to standoff and do that duel thing that cowboys did back in the day with each other for some reason. There have been whispers that during the live feeds, that people have been coming to Andy to back door Helen and other people have come to Andy advocating to backdoor Amanda.  When do you make the “big” move in Big Brother? Some people have told me that you can’t make a huge move with ten or more people in the house. Well, there are nine people left in the house now and so, is this the moment that Andy should seize, to alter the current destiny of this Big Brother game?  The chess board looks like this:

I have Jessie leaning towards the Helen/Elissa side only because she seems to have more hatred towards Amanda, but honestly that can change at any point. I have Spencer slightly shaded towards Mccrae’s side, but not confidently. Aaryn seems to have evolved into a junior Andy. Aaryn is between the two powers with both sides trying to stake their claim to her loyalties. Andy has not played his hand yet and appears to have both of those sides sure that he is with them. Both sides in public are saying to take out Jessie or Spencer, but behind the scenes the standoff is almost upon us.

Let’s all lower are heads in fear, as we put on our ginger thinking caps: 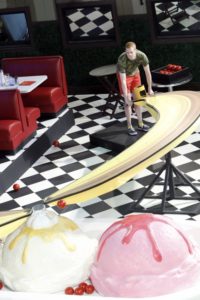 Keeping the blood off his hands.[/caption]

The Ginger Andy played it completely bitchy safe and so were left with hoping that something will happen soon to shake up the house. This season is void of anybody that we can truly root for at this point. I mean who is going to win America’s player, Judd I guess? Who would be second? Share your thoughts with me, because I don’t know who to root for at this point. Like Jesse Pinkman on Breaking Bad, I feel lost and need to cleanse my soul. I don’t know whose destiny will lead us to a happy ending this season.