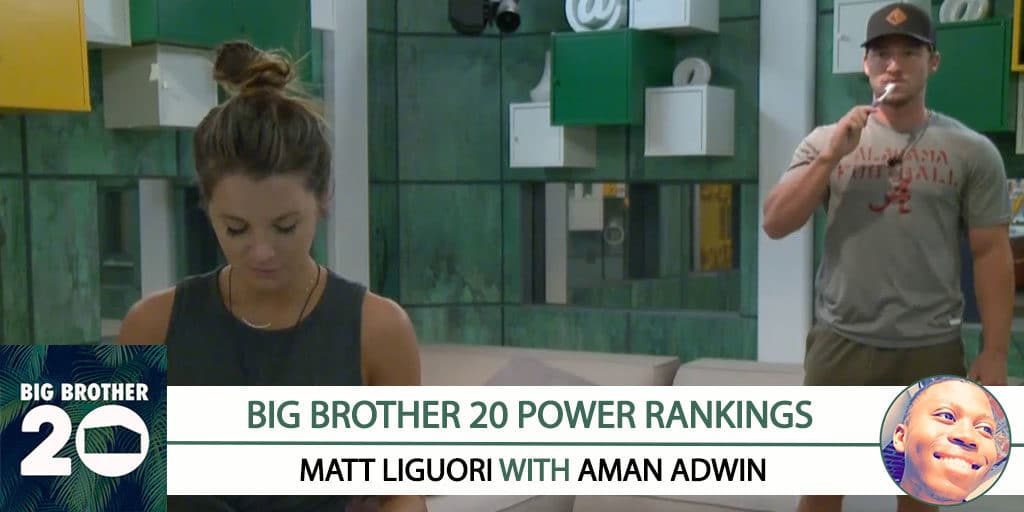 Double eviction week!! Finally, right? Time to get this show on the road and hopefully get some of the excitement we’ve been waiting weeks for. Things have slowed down a bit while the Fouttes got picked off, but with none of them remaining after Haleigh, it’s bound to get interesting with betrayals unavoidable in the remaining evictions. So to preview this double eviction, I’ve brought in someone who is way overdue for an appearance on the power rankings, Aman! Tweet us your thoughts,  @AmanAdwin and @mattliguori, let us know what you think and/or leave a comment below! 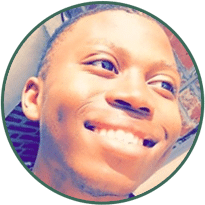 For the first time in a few weeks, we’ve got a new #1 out here. Kaycee winning her fourth comp in the last six they’ve played has her on a roll, and with numbers on her side going into the double eviction, it seems highly likely she makes it out alive. The only way Kaycee’s game ends is if Tyler smartens up and uses the rest of his pawns to help take her out, but given his loyalty to her and to the final 2 deal with her, I’m just not sure he plans to do so. He’s questioned it, but until I have concrete evidence that Tyler has a new plan, I think Kaycee is the most likely person to get to final 2 and given this blossoming resume and already great social game, she could easily win it all.

That’s right. I said it. I think Kaycee is in the best position to win BB20, thank you very much. Look, the girl’s middle name should be Endgame because she’s clearly racking up the wins and cajoling the jury like newborn kittens. She’s won the past three comps in a row and yes comp wins aren’t everything. But they certainly hold more water if you use them to traverse to the final 2 with a jury that’s not sharpening their pitchforks for your head. I’ll admit that I don’t find her chances to be much higher than her Bandana Brother, Tyler. But if she’s able to avoid eviction and Tyler’s silly enough to take his chances, we might just get our second Asian American winner of Big Brother. “LET’S GO!”

Tyler’s game has slipped lately, ever so slightly. Since his showmance with Angela took off, he’s taken his eye off the prize despite reassuring us and himself that he wouldn’t. During this comp winning streak he and his allies have had, Tyler’s brain hasn’t had to shift from smooth-sailing to back-against-the-wall, making tough calls. With a double eviction on the horizon, it’s time for him to get his head back into the game. He’s got to be positive he’s taking out the right people at the right time while making sure these outgoing jury members aren’t fuming over his upcoming betrayals.

Honestly, what’s to say that hasn’t already been tweeted by hundreds of accounts with some variation of Tyler Crispen in their handle and a profile pic in sepia of Tyler prancing about the BB house with his golden locks bouncing in the air conditioning? Tyler has played a decent game all season. His social game could use improvement and I’m starting to come around to the idea that he might not have wooed the jury with as much sophistication as he believes. He’s the most likely to make it to finale being that he has final 2’s with everyone except Hales. Some are worried about how he’s going to explain voting four of them out but I think that’s a non-issue. For the simple fact that a Level 6 split is imminent, I don’t think voting out his final 2 deals will come with as much surprise and ire as some believe. Haven’t you heard? He had the second power app and never used it! Tell your friends!

To round out the trio who can’t seem to lose, here’s Angela. I’m looking at this double eviction HoH as 3v2, with JC, Brett, and Sam vs. Tyler and Angela, but I’m still giving Tyler and Angela the 70% chance to win. If they don’t win, Angela is in some major danger because JC still wants her out badly and Brett is convinced Angela is the glue holding together the trio.

And just when I was beginning to claim that my couch was just a bit too hard and firm, it starts to break in and get all cuddly. As the weeks go by, we’ve been getting more and more emotion from Angela. Tyler seems to have chipped away at that icy exterior. The only problem is, the audience ain’t voting. Foutte, otherwise known as the jury, is voting. Time goes on and I’m sure the like of Rockstar and Fessy won’t be as sour come finale night, but it’s looking like Angela only wins in certain scenarios, which drops her chances dramatically. She comes in third because no matter the jury management blunders, she’s still one of the most likely to have a seat in the final 2. C’mon Elsa. Stop being frosty. Let it go.

Brett got very lucky this week that Haleigh is such a bad player that she didn’t use the information she had to throw him under the bus. Brett and JC were ready to take a shot, and if that got back to Kaycee or Angela, they could’ve found themselves in some trouble. But given Level 6’s biggest cheerleader Kaycee won HoH, Brett (still technically a L6 member!) really had nothing to worry about. Double eviction though…. I’d classify it as a must win for Brett. If all of Level 6 make it through Thursday night, Brett will need to win out, which he’s capable of, but that’s never an ideal spot to be in.

Brett has been thinking critically about what his next few steps in the game should be and I respect that. I respect that he knows he’s at the bottom of the alliance and that he’s probably contributed the least, aside from forming fake alliances with Rockstar and throwing Scottie under the bus. He and JC have conspired to target Angela and Kaycee, which could make for a fantastic show should they win HoH, during the DE. But there’s just one problem. That’s still gonna leave Tyler in the game. Sorry boo-thang, but you might as well tape a goodbye message for yourself because there’s no way this plan pans out well for you. Although, he has been studying hardcore for the past few weeks. Not all of his facts are 100% but it’s more than can be said for a few of the remaining houseguests. Brett’s not out of this game yet, but El Cockroach has a few more dumpsters to dive in before finding that winning strategy.

Just like for Brett, this upcoming HoH is a must win. Angela and Kaycee are about to have their sights set on JC, and although JC’s poor performance in comps might give him an edge to stick around a little longer, these guys are LOYAL. JC is more than ready to take his shot, but has yet to win a comp all season, so the I’m not feeling very optimistic for his chances in this double eviction, but you never know.

JC has a good read on what he needs to do for this week. But he remains the only houseguest in the game to never win anything. Fortunately for him, Brett wants the same thing he does. The rest of his game hinges entirely on whether or not he can pull off a win and enact some serious changes in the current progression of the game. If not, he’s definitely one of the first to go before finale. Maybe you shouldn’t have evicted the people you could oh so easily “manipulate”. Sorry not sorry buddy.

On paper, you’d think Sam will likely go with Tyler wherever he wants her to go in the DE. If she wins, JC and Brett will be in her face hammering home that she NEEDS to put up Angela and Kaycee. The most Tyler might be able to do is get her to put up Brett, but considering Sam has been not feeling Angela for weeks now and Kaycee just nominated her this week… I don’t know if there’ll be anything he can do. The HoH Sam won this season was endurance, and this comp is going to be some quick true/false or A/B… which doesn’t have me feeling high on her chances.

C’mon, Aman.  Seriously? She’s literally getting evicted tomorrow! How on earth is she NOT in last place?  I thought you were a fan of the show. I thought you knew Big Brother!

Listen.  The ONLY reason I’m putting Haleigh in 6th place is because at the very least she’s not just an obstacle for the other players to move around. Unlike someone else we know…

But yeah Hales is as good as gone. Congrats Fessy!

Time to finally end this girl’s misery. She’s had an incredibly rough month and while she had a lot to do with how things have turned out, I still lean towards feeling bad that her experience in the Big Brother house was so dull. I’m really bummed we had another boring week, but Haleigh had no shot to get to the end of this game, so taking her out of the equation now should mean that no evictions going forward will be straightforward… and with four more evictions to go, I guess I’ll take it. Thanks for coming Haleigh, maybe you’ll luck out with a chance at AFP?

Yeah that’s about it…

OK FINE! There are few scenarios that could lead to a Sam win. But that’s about it…