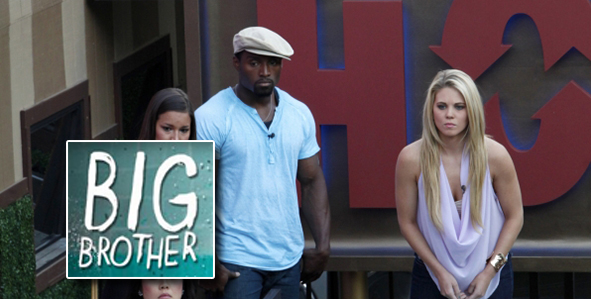 All right, were back, this is your war correspondent on the battlefield that is the Big Brother home. Things are looking strange. Is it me or is this house completely run by the women in the house? All the strong males have been exterminated. When we last left on Thursday night, the worst possible scenario happened, Aaryn winning HOH.  Aaryn is trying to play friendly, I’m starting to think that maybe when the live feeds cut out for a minute or two that Helen programmed Aaryn into the Manchurian Candidate or something because things seem different with her. The girls are in charge with another male as the main target the Y chromosome fans are in trouble. When Aaryn won HOH I would have paid to be a fly on the wall in CBS head honchos room, it was probably like how it was on the Fox news channel when Obama got re-elected, just shock, combined with horror.

Lets get to the action:

… and does something harmful to her game and other peoples games  in that short window of time, like inexplicably  telling Candice about the deal Helen made with Aaryn. Other than having a conniption fit when Jeremy was laying on a community bed I can’t think of one moment this season that involves Jessie…right?

The final analysis (Like were talking about something that actually requires analysis here) is that Howard is down to his final appeal, if he doesn’t win POV he will have a date with Julie Chen on Thursday where every question will sound like:  “So when Aaryn said (blank) what did you feel?”, “Are you shocked that in the year 2013 that someone could be so blatantly racist on TV?” The MVP nominee is lurking and my hunch is Amanda goes up, but is this the time that such a major move would be made, as that would truly shake up the house for the first time this season.