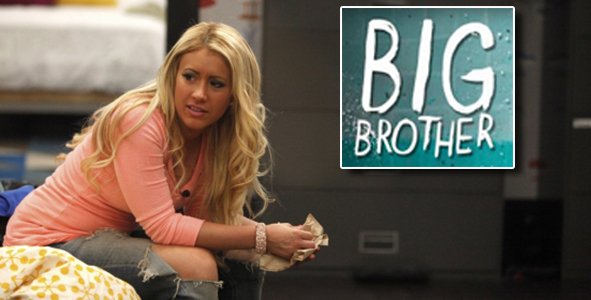 Ok I’m mad at how this season has unfolded. I’m blaming Andy for this and I feel like saying this to him: www.youtube.com/watch?v=6NAg_Fi_q-8


It seems like CBS sees the writing on the wall and realizes that they need to pull an “Old Yeller” and take this season out back and shoot it. This episode seemed “mailed” in. I guess what’s done is done.  The final 3 is a little surprising, you can make an argument that Andy was one of the favorites all season long, but the other two are like two unknown actors in a horror movie, characters that are supposed to get killed early on in the movie, like the slutty precocious 18 year old girl, who skinny dips in the creepy murky lake and the dude who goes and investigates a strange noise outside the cabin. Instead of the “movie stars” making it to the end of the movie we get Spencer and Ginamarie. This has to be one of the weakest finals in Big Brother history.

Let’s pause as I pose this question to you, can you think of another jury that would make you more nervous if you had a vested interest in it? I don’t envy the finalist, because they’re going to be treated like the Ghostbusters when they had to go court: www.youtube.com/watch?v=Kf-Jv4_viQw .


This is going to be the most personal, entitled Jury in the history of Jury’s. Was it a bad sign that Aayrn was squinting at the cue cards that CBS made her read when she made her “amends” to Candice and Helen? It always is awkward when CBS stages and over produces the new jury member going into the house for the first time and everybody gets to showcase their acting chops by playing surprised. The Jury system in general on Big Brother seems like it needs a reboot. The final speeches on the final episode don’t even matter because the jury by that time has already hopped on their moral high horses and decided who they wanted to shame and blame for taking them out of the game. I almost think they need to sequester the jury away from each other until the final live episode, that way it might actually turn out fair.

Anyway, on to the current, horrific finalist:

This might be the most shocking BB winner of all time if Ginamarie somehow gets into the finals.

I think Andy has a chance to win head to head against Spencer, but I really think he might lose to Ginamarie and I might be ok with this……gross I know.

Julie Chen in her feisty outfit tonight stated that next episode they were going to air previously unseen footage, so does this meant that they will play this video with Rod Stewarts, Forever young as the soundtrack?(disclaimer: This is hard to watch) www.youtube.com/watch?v=LcmnVw-RQM0