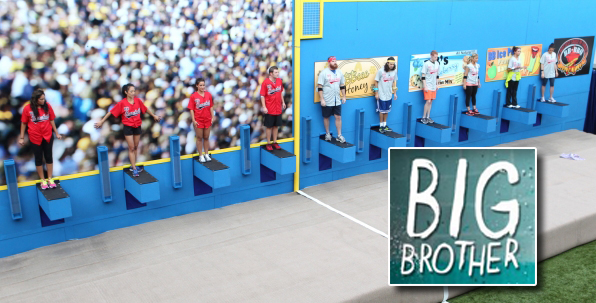 I haven’t been this excited about a TV show since I was 13 and discovered the Red Shoe Diaries on HBO. Elissa winning HOH was the best case scenario for the viewers. Not only is she crazy and unpredictable, but finally someone is going to challenge Amanda’s power in the house. Amanda challenging Aaryn’s crown for least likeable human has been a surprising, unbelievable feat to watch, but she has shown the incredible will and desire to do so. Along that way Amanda has risen to accrue a lot of power in the house, which has become the major plot of this season , which led us to this episode and the unexpectedness of Elissa winning HOH. This season was starting to be likeMcDonald’s scrambled eggs, predictable and boring; now with Elissa winning HOH it’s like my Auntie Kathy’s scrambled eggs, colorful and full of possibilities. This is what this season needed at this exact moment, someone not a part of Amanda’s crew winning HOH and Judd re-entering the game to throw a monkey wrench into things. If Elissa didn’t win HOH I’m pretty sure CBS would have ordered a Zero Dark Thirty attack in the house to somehow change the dynamics. It’s weird when you have to root for someone you really haven’t liked all season because they’re going to be the instrument of change. I felt like I was doing something wrong when I was rooting for Elissa during the HOH competition. Hopfully Elissa can have the strength to do what needs to be done this week, but I’m not confident in her, it’s like an episode of Saved by Bell when Lisa Turtle was the primary story line for that one episode and you weren’t sure if she could carry the show for that thirty minutes.  Ya, just your average Lisa Turtle-Saved by the bell analogy I recklessly threw out there for you.

On to the crack analysis …..or let’s be honest, average at best analysis:

This is what working for Sarah Palin probably felt like, as we need/want a crazy person to be the leader in shaking up Amanda’s reign. Sometimes you need “crazy” and this may be the very week. With Mccrae and Aaryn on the block, Elissa is going to get a wide range of mind games and all out assaults , depending on what happens in the POV to put up Ginamarie.

Things are going to continue to heat up this week with the pending POV and aftermath. Expect the unexpected is the mantra of Big Brother, but I would expect that CBS is going toblatenly, egregiously rig the game in favor of Elissa from this point forward to keep things fun and interesting. I predict that Elissa gets out one of the Amanda 4 this week. I expect that we will see new levels of entitled behavior from Amanda next episode, on her quest to beat Aaryn as the, “most unlikable Big Brother Player of the decade”.