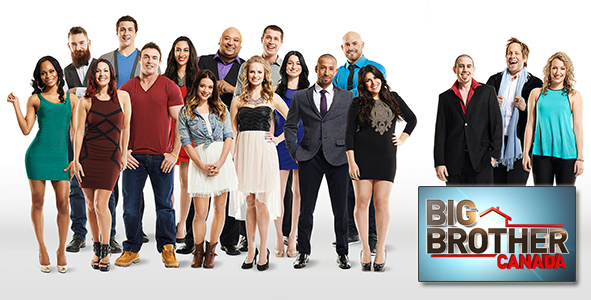 RHAP listener Edward Giordano has been enjoying this season of Big Brother Canada 2 so much, he sent in his power rankings of the remaining 5 house guests.  Do you agree with Edward?  Let us know in the comments! 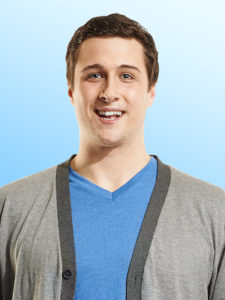 Jon is in a very good position this week and in the game as a whole. Right now the jury votes look good for him, with being the very likely recipient of Canada’s jury vote as well as Adel’s, Arlie’s, and the Gremlins’ depending on the final two situation. His move, as HoH, is simple and I expect him to make it. Jon should nominate Sabrina and Heather, under the guise that Sabrina is the one voted out and that Heather is merely a pawn. When in all actuality it is the reverse. This keeps his best plan, Neda, and his best back-up plan, Adel, still in the game. Neda may be pushing for a Sabrina and Adel nomination, but that is because Heather is Neda’s main plan. For Jon, hopefully he wins PoV and pushes forward with the plan to eliminate Heather. Then, he has Adel actively working to keep him over Neda and Sabrina, Neda would be actively working to keep him over Sabrina, and Sabrina would be actively working to keep him over Adel. This path is smooth sailing to the final three for Jon, where he should take Adel to the final two, if given the chance. But there is a slight wrench in this plan and that is why…

Neda has to be number two, despite being the best strategist in the house, all of this could coming crashing down on her this week. Jon, Sabrina, Adel, and Heather are all working with her in varying capacity. She is wanting to set herself up with a final three that would take her to the final two no matter what, which would be any combination of herself with Jon, Sabrina and/or Heather. The only reason she has to be number two is despite all of her well laid out plans; everything could unravel with one simple fact. Adel could win the PoV and take off Heather. Then, Heather and Adel could evict Neda against Jon’s will. But in this capacity I think Jon is smart putting up Adel and not Heather. Heather is MUCH more likely to enact such a plan to save my main Gremlin, Sabrina, then Adel is. Heather may be able to swing Adel over to a side of logic, but Adel swinging when he is already safe and ready to bro-down with Jon all the way to the end is severely unlikely. Neda can very well win Arlie’s, Allison’s, Gremlins’, Canada’s, Heather and Jon’s vote depending on the final 2 setup. The only possibility that she could even lose is if she takes Jon and even then, I still think Neda comes out the winner.

Heather has overcome her position of Creepzilla back from the reign of the First Five and has evolved into a quiet player in a house of loud cries (mostly by Sabrina). She could win in some situations. I think Heather vs Adel is an interesting final two match-up. Heather vs Sabrina is a landslide. Heather vs Jon is an argument (most likely a losing one, but at least an argument). Heather vs Neda is death for her possibility of winning. The move for Heather right now is to get herself into the final three, before she can even worry about winning. And that move is to promise Jon the world that she would take him to the end over Neda (which in all honesty is the better move) and fight for that veto and pray that anyone, but Jon wins it. Theoretically, Neda could be persuaded to veto Heather in favor of knocking out Adel; Adel could do the same to take out Neda. The interesting question here is: if Heather wins veto herself and Adel is on the block next to Sabrina, which is the better move for Heather to get rid of? This answer is a little complicated. Heather and Adel should have a final two deal to mirror Neda and Jon’s, but at the same time, Sabrina, Heather and Neda could push for an all female final three, which in all honesty isn’t the worst position for any of them. It all comes down to how can Heather win if she eliminates the biggest goat in the game, which is most certainly not the way to do it. Win the veto, take yourself off, and with Neda vote out Adel. Jon may not be happy with it, but at the same time he was already trying to get rid of you, so why care anyway?

Adel could be headed for a sticky situation, both in danger of being eliminated and of making the wrong move for his end-game. Adel needs to promise the world to Jon that he would NEVER EVER EVER use the veto in any possible situation to screw Neda. And then if he wins veto use the veto and screw Neda. Adel needs to elevate himself from being Jon and Heather’s plan B’s and become both of their plan A’s and eliminating Neda would do that for himself. I realize Adel hates Sabrina, but keeping her around for the final four should make the decision very easy if Adel has to cast the sole vote in the final four between Sabrina and anyone else. Now for Adel winning, Arlie has already professed that he wants Adel to win and he was the winner of Canada’s most #buzzworthy competition. Adel’s best chance of winning is up against Heather and Sabrina. Since Adel finds himself on the wrong side of the Head of Household this round, he needs to working towards making sure Neda is the one to go. Unless of course he is happy with losing to Jon (which I am not totally unconvinced he isn’t) then stay the course and hand Jon that Canadian tax-free 100k.

Sabrina is most certainly playing for second, but that does not mean you should count her (or her outbursts) out. For as many permutations that I can come up with how Neda or Jon could win, I find VERY few where Sabrina can win. Sabrina’s best shot, as unlikely as it is, is Adel. Sabrina played much harder strategy from beginning to end than Adel. She would have some votes potentially from Rochelle (Gremlin loyalty) and Allison who would support the player who played with the best strategy, but she most certainly would lose Canada’s, Jon’s, and Arlie’s. Leaving Sabrina to beg for votes from Neda and Heather for even the slightest chance at winning. This is as likely as it gets for Sabrina, which is unfortunate. At this moment, I wish for Sabrina that Kenny was a part of the jury so it gave her a fighting chance at winning over Adel. Of course, the best part of this logic of Sabrina beating Adel is because she played a more strategic game than Adel, but inherently for Sabrina to even end up in the final two with Adel, at this point, would be Adel playing strategically and knocking out Neda, Jon and Heather, in that order, for this to actually happen. So let’s just say that Sabrina is everyone’s best bet to beat over in the final two and I bet Sabrina wishes she could take herself at this point so she had a chance at winning. But girl don’t give up and fight for that 20k runner-up money.