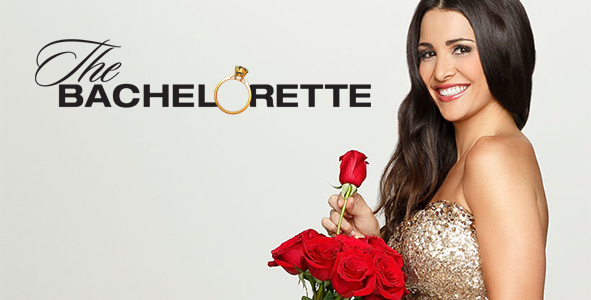 Listen to our Bachelorette Preview Podcast:

Just when I think I’m out, it pulls me back in. The “it” I’m referring to of course, is yet another season of “The Bachelorette,” a show I just can’t quit.

Even though last season featured one of least likeable and least skilled English speaking Bachelors ever (Juan Pablo) and had one of the least interesting final two bachelorettes ever (The blonde one and the other one. I can’t remember their names. This show is TV cotton candy; you forget about it instantly.), I’m still all in for the latest season of “The Bachelorette.” Why? Two words – Andi Dorfman.

Dorfman, better known as just “Andi,” was the sassy bachelorette who took Juan Pablo to task after an overnight date for proving that he was who we all thought he was – a self-centered jerk who had no real interest in finding a life partner. Why should fans of this show be hopeful that Andi can resurrect this franchise? And how many more questions will I ask than provide an answer to?

Andi has a lot of things going for her that the last two Bachelorettes – single mom Emily Maynard and wannabe wedding dress designer Desi Hartsock – lack. Andi is outspoken, as demonstrated here…

…has her own career and most importantly, seems to be on the show for “the right reasons.” I can see her putting smarmy bachelors in their place and not treating her experience as the extended field trip Juany Pabs did. At least that’s the hope. So it is with renewed interest that I take on a new season of “The Bachelorette.”

Of course, a season of this series is really only as good as the contestants competing to “win” the Bachelorette’s heart. Last season I was able to get early access to the premiere episode of Juan Pablo’s season but for some reason ABC hasn’t done the same thing for Andi. Instead of giving some inside info, the only ammunition I have for this preview are cast bios from the ABC website that just went up this week.

There’s an old saying that goes, “You can’t judge a bro by his deep-tee wearing mug shot” but that won’t stop me from making predictions based solely on ABC bios. Bios where ABC has deemed “shoe size” as a must list statistic. Here are five of the most interesting bachelors (there are 25 total) based only on an ABC Bachelor questionnaire and their photo. Keep in mind I’m not saying any of the guys below can “win”; they’re just the most interesting. 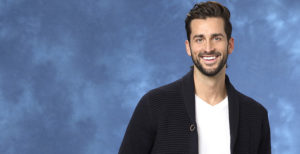 City or Country: Hmm…love both!

Negatives: He’s a hairstylist AND Ryan Reynolds is his favorite actor? Are we sure he’s of the proper sexual orientation to be on this show? And look at that picture. Tell me he doesn’t have a ponytail. When your role model is Steven Seagal, that’s a problem. That looks like three strikes to me.

Positives: On his bio he stated that he, “hates when his date is on the phone all the time.” My teenager daughter does this to me when I take her to dinner. I can relate to this.

How he’ll fare: Brett will make it to the jury after being betrayed in his alliance by Tony. Oops, wrong show. 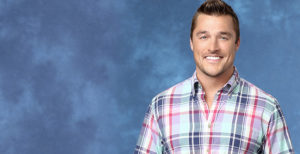 Negatives: Chris looks like a country boy through and through. Andi is a sharp-tongued lawyer from the big city. These two might not have anything in common.

Positives: Stated in his bio that his biggest date fear is “accidental diarrhea.” Every guy who’s ever been on a date can relate to this. Accidental diarrhea is one of the three-headed monsters of man’s dating fears along with “spontaneous vomiting” and “talkingtoomuchaboutmyexgirlfrienditis.” Either Chris has a great sense of humor or is incredibly honest. Either way, those are both things that women like.

How he’ll fare: I think Chris can make it to the hometown dates. I’m basing this solely on his fear of accidental diarrhea. I think this fear will help keep him motivated. 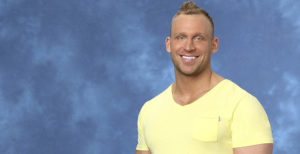 Favorite Book: My Side of the Mountain

Negatives: So many to mention. First, look at his picture. He looks like a piece of fried chicken left under a heat lamp at KFC for too long. Someone takes his tanning a little too seriously. His profession is not one to attract someone with a law degree. At least not for more than one evening. His shoe size is too small and one of his favorite movies is in the Guy 101 handbook (Good Will Hunting). AND his most embarrassing moment on his bio is when he pinned himself as a seventh grade wrestler. How do you do that?!? That’s about 6 strikes right there.

Positives: He said on his bio that, “Being married means finding your best friend who is going to experience this crazy life with you through the thick and the thin.” That sounds like something you’d read on a Hallmark card but isn’t a bad way to look at a lifelong (or six month) relationship.

How he’ll fare: Cody looks like a guy with a good sense of humor. I’m going to say he makes it pretty far because of that, at least until he teases Andi about always wearing one-piece bathing suits and then he’ll get sent home. 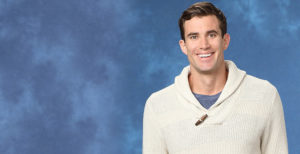 Greatest Achievement to Date: Starting my own company and sticking to it through the hard points

Negatives: First of all, he’s 6’5”. That’s a foot taller than Andi. Have you ever seen a couple where the guy is so much taller than the woman? It just looks weird. And look at those favorite movies. Willy Wonka and Alice in Wonderland? What is this guy, five years old? One of JJ’s best attributes is that he’s huggable, like a teddy bear. That has “perv” written all over it. And what the heck is a “pantsapreneur?” Does he make pants? Recycle them? Steal them off of homeless people? I have no idea.

Positives: JJ is 6’5” so he can probably dunk. The ladies dig that.

How he’ll fare: I see JJ as the sensitive guy who makes it far but is not manly enough to be the final selection. I’m guessing we’ll see him crying in a limo around week 11. 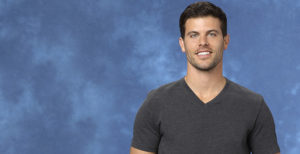 Three All-Time Favorite Movies: Back to the Future trilogy, 28 Days Later, Up

Greatest Achievement to Date: Scoring in the 99th percentile on the Dental Admission test…or the backflip I did off the high dive in 6th grade

Negatives: He’s an explorer. That can’t be a real job.

Positives: Look at the bio! He likes a quirky actor. He has a cool sounding job. All his movie choices are solid. He can do backflips and pass the dental admission test, probably at the same time. Then look at the rest of his bio. “The public” is his favorite author because he loves Wikipedia. If he could be anyone else for one day he would be Nick Vujicic, a man born with no arms and no legs because, “If I could be as happy as he is in the state he is in, I would never have another worry in my life.” The guy is so saccharin sweet I have a cavity just looking at him.

How he’ll fare: Eric has to be the frontrunner. Out of all 25 guys, he has the most Captain America-like qualities and everyone loves Cap.