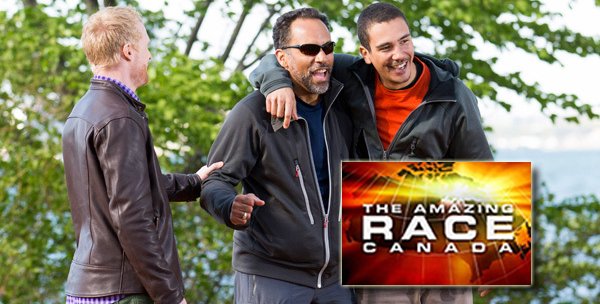 The Amazing Race: Canada, like all great Amazing Races, told an incredible story filled with triumphs and heartbreaks. We watched the four strongest teams go out in a row as a team fought their way back from two non-eliminations to win the whole thing. Nobody could have predicted the winner—not in leg one, not at the halfway point, and maybe not even going into the finals. Could anybody have picked the final three based on your first impressions of the cast? 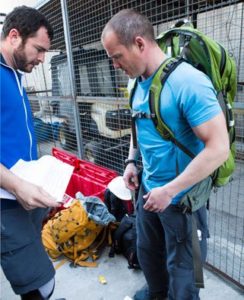 The cynical pick to win, originally.[/caption]

(Granted, I did choose Jody and Cory as my cynical winner pick based solely on the intensity in their audition video, and I praised the sisters’ willingness to challenge themselves early on, but since I was wildly wrong with nearly every other prediction I made along the way, I won’t break my arm patting myself on the back here.)

Obviously the Tims were the luckiest team in the Race, from the time penalty they served in the very first leg to not one, but two non-elimination legs to being the first team to find a Golden Ticket in a Caramilk bar* to overcoming 90 minutes of being lost in the Toronto Zoo and eventually making it over the finish line first. And even the final task turned out to favor them, although that wasn’t entirely down to luck.

(*Incidentally, let’s take a moment to mourn all that wasted chocolate. I hope the teams got to eat some—I know I would have.)

“In this race,” said Tim Senior, “you only have to win one leg.” Not only that, but sometimes it seems you only have to win one task. Kudos to Senior for figuring out the “hook” on the final memory task well before the task occurred—his sharp eyes ended up being the sole deciding factor at the end. (I hope future applicants to the show are taking notes: being a superfan, or at least having one in your household, can be crucial!) Had Vanessa and Celina been taking the same kind of notes, they would have had the Race locked up.

No, it definitely wasn’t just blind luck that dropped Junior and Senior at the final mat first. You wouldn’t expect it by looking at them, but the Tims were in fact the most ruthless team in the Race. They were the only team who used the U-Turn to try and knock out a stronger team, they feuded with the sisters early on, and they even stole a cab in the final leg. But despite all that, no other teams have had a single unpleasant thing to say about either one of them. (In other words, almost nobody flashed the “offsides” paddle at them.) They quite competently toed the line between “strategic” and “villainous,” perhaps understanding Brett’s adage even better than Brett himself did: when you aren’t the physically strongest team, your mental/strategic strength has to compensate.

I would certainly have liked to have my pre-season winner pick of Jody and Cory vindicated, but there was no disappointing outcome to this race. Everyone was great—not just the final three, but the cast as a whole and even Jon, whose commitment to the role has been astonishing. I got the sense that had he not been tapped for the hosting job, he’d have tried out to be a contestant.

Following the Race, we got a rare treat that TAR:US brass has never seen fit to bestow on us: a reunion show. Some treat, though. Granted, I am anti-Amazing-Race-reunion-show on the grounds that the lack of reunion show in the US is one of the factors that enabled the development of the amazing fan-organized, NYC-based finale parties that are the highlight of my year. I might have had to go up to Toronto if there’d been a TARCDNCon. I’m just saying.

But I’d have been satisfied with a good reunion show. Which this was not. In addition to some pretty rough technical moments, The Social‘s hosts were mostly pretty shrill and didn’t seem to be able to moderate effectively. (Worst reunion show moderators since Rosie O’Donnell.) As a result, we got a lot more from the contestants who were willing to speak up and talk over other teams, and less from those who weren’t.

We also got some hints that the warm fuzzy feelings we saw on the show itself may be slightly exaggerated, particularly in one case that may have had an innocence-shattering effect on Canadians of a certain age. Hal and Joanne are Canadian icons, and have always seemed like pretty down-to-earth and reasonable people in their 90-second fitness breaks, but they did not come off well at all on the reunion. The palpable tension between them and Brett and Holly was a little bit of a shock (even to the docs, I think, who were well aware that BodyBreak had had no love for them since Regina), and while Team BodyBreak has surely kept fit, they were not at all having fun on Monday.

In the words of my Canadian friend Heather, “I was just, like, ‘There’s gotta be more. These people are my childhood heroes! They were why I didn’t give up on Canada Fitness! They were the reason I didn’t throw out my ‘Particpant’ ribbon when my classmates were all getting medals! These are not JERKS!'”

It was kind of a moment-ruiner, anyway, especially after the race concluded with such a heart-warming finish.

The one positive takeaway from the reunion special (aside from learning for sure that you never have to bother DVRing The Social, of course) was confirmation that we’re going to get to do it all over again next summer. Same host, same nation, all new cast and sites. If I didn’t have two seasons of American Amazing Race to placate me in the interim, this would be worse than waiting for a new season of Game of Thrones.

Before we close the book on TAR:Canada, a few parting thoughts.

First of all, I have to tip my hat to the production team who put this all together, in both a race-planning sense and a show-production sense. As I’ve said before, the fact that this edition of the Race involved some of the hardest legs we’ve ever seen on any edition of the show absolutely assuaged our fears that sticking to Canada would make for a boring race.

But to be honest, even if they hadn’t stepped up the difficulty, the geographic and cultural diversity of Canada still came off as pretty breathtaking. While we non-Canadians joked a lot about it being nothing but igloos and Mounties and poutine and really, really polite people, we knew darn well that there is enough going on up there to fill a dozen Amazing Races.

Personally, like I think most Canadians and non-Canadians alike were, I was most curious to see the less-explored regions of the nation, and I was not disappointed. The Race visited all three territories and seven out of ten provinces, and they managed to pack in a staggering amount of culture and scenery with plenty left over for next summer. If the show was intended as a ten-week-long commercial for Canadian tourism, consider me sold.

(And yeah, we did get igloos, Mounties, and really polite people. Maybe they’re saving the poutine for next season.)

Also, this was some of the most even-handed and balanced editing I’ve ever seen on reality television. I truly feel like we got to know everyone pretty well over the course of the season, which I suppose was partially down to the fact that there were two fewer teams to juggle. Even so, there were two fewer episodes in which to get to know them. While I have it on pretty good authority (and the reunion show confirmed) that we aren’t seeing everything that went down, I don’t feel like we are being told a completely different story, which has definitely not always been the case for every iteration of this show.

Extra big thanks to Rob, who seemed a little skeptical of the potential appeal of TAR:Canada at first, but who let me cover it anyway. And of course I’d be remiss if I didn’t give equally big thanks to RHAP’s resident producer, blog-putter-upper, and Canadian context filler-inner Scott St. Pierre.

And finally, I don’t know what’s in the water up there, but you folks love you some Amazing Race in a way that Americans just haven’t gotten the hang of, and I’ve been so happy and fortunate to reap the benefits of that. I have been so, so grateful for your frequently intelligent, often hilarious, and always engaging response to this blog, both in the comments and on Twitter. It’s really helped us here at Rob Has a Website take our Amazing Race coverage to new levels of awesomeness, and I’m hoping to sustain that awesomeness in the coming months.

I think it goes without saying that I hope anybody who came to Rob Has a Website for the TAR:Canada coverage will stick around for our TAR:US coverage starting next week. Onward and upward!