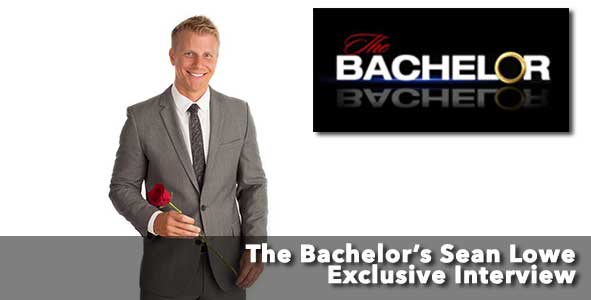 This is an exclusive guest post from The Bachelor’s Sean Lowe, who was able to answer a few questions for Reality TV RHAP-ups on Rob Has a Website.

Sean met and fell in love with Catherine Giudici on The Bachelor and they married in a nationally-televised fairytale wedding last January. But this is just the beginning for the newlyweds. In his new autobiography, For The Right Reasons, Sean tells all about the backstage drama that fuels The Bachelor and The Bachelorette, how he overcame heartbreak to find his true love, and the personal struggles and Christian faith that have made him the man he is today.

Q: Were there a lot of bloopers while shooting?

Sean: They rarely tell you what to say during the show, but after each rose ceremony the bachelor announces the next destination and I’d always mess it up!

They would feed me a line that said something like, “This week has been fun. We’ve had our ups and downs, but now we’re going to go some place more tropical. We’re going to…” wherever the destination might be – Saint Croix, in my case.

I always seemed to mess those lines up. The scene you saw at the end of each show was probably our fifth or sixth take because I couldn’t ever seem to get those words right.

Q: Is there anything you wish you would’ve done differently on the show?

Sean: Everyone gave me a hard time for keeping the “crazy chick” around too long during my season of The Bachelor. Of course, I couldn’t see that she was crazy. Hindsight’s 20/20, but in the moment I just had no idea she was crazy. So, I guess if I had to redo one thing I might have sent Tierra home a little earlier.

Q: Were there a lot of funny moments off-camera that we didn’t get to see?

Sean: When I was on The Bachelorette and not in front of the camera or on some romantic date, we were always goofing around – being silly, doing anything to make each other laugh, one-upping each other on different things. That’s how the entire three months went.

I also became such good friends with the producers. Several of them are guys right around my own age and we had such a great time. There really were a bunch of funny moments, but it’s hard to pinpoint just one.

Q: What do you hope people will take away from your book, For the Right Reasons?

Sean: I hope people are inspired by my story. I hope they can use it to create their own story and stand up for their faith in whatever they do in the world, just like I did on The Bachelor.

On top of that, I think the book’s very relatable, and I just hope they’re entertained by my story. But, more than anything, I’d certainly hope that they feel inspired when they’re done reading.

Learn more about Sean’s new autobiography here, For The Right Reasons, America’s Favorite Bachelor on Faith, Love, Marriage and Why Nice Guys Finish First. Order the hardcover or eBook using the Amazon links on the right of this page.