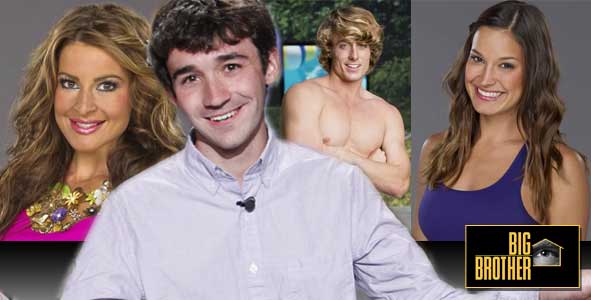 Turning to tonight’s vote, Rob and Ian discuss the 7-5 vote that went in favor of keeping Elissa Slater and evicting David Girton. Rob and Ian are confused about why Jeremy voted against the interests of his alliance mates in the Moving Company.

On the Big Brother episode there were plenty of fights and showmances happening – and Amanda was at the center of most of it. Jeremy and Kaitlin and David and Aaryn had been together for a little bit but this episode showed an encounter with McCrae Olson and Amanda. This episode also featured a big fight between Jeremy and Amanda over a bottle of red wine.