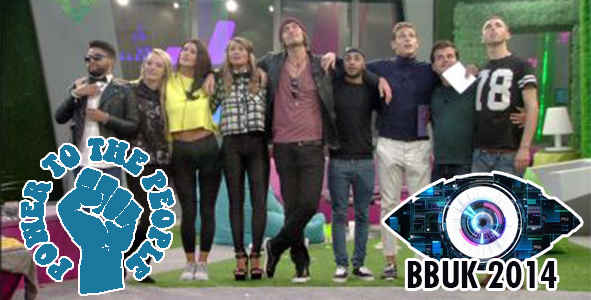 Join Curt Clark (@curtclark) and Malory Beazley (@survivor__bitch) as they cover all the events of Week 8 in the Big Brother UK house on their latest installment of Reality RHAP-Ups.  This week it was “Power to the People” week, as the Great British viewing public called many of the shots, including bestowing Ashleigh Coyle with immunity from nominations, forcing Winston Showan to decide which houseguests would receive their letters from home (and which would get their letters shredded) and serving up some harsh truths for the Final Nine to deal with.

This week also saw Pop Idol contestant Zoe Birkett sent home packing (largely due to her “out of context” Tesco comment), in a close race between “Pav” Paul (who has turned his game around and won favor with the vieiwng public) and Chris Wright (who has also turned his game around…in a bad way…with his protectiveness of Ashleigh and his treatment of Pav). Neither Curt nor Malory were surprised that Zoe ended up going home, but both were saddened to hear how the crowd had turned on “Creepy Chris.”
Other topics discussed this week included:
Malory and Curt also conjectured about next week’s “The Power of Money” twist, and the different things Big Brother could throw at the players as they crescendo rises in the final weeks of the show.