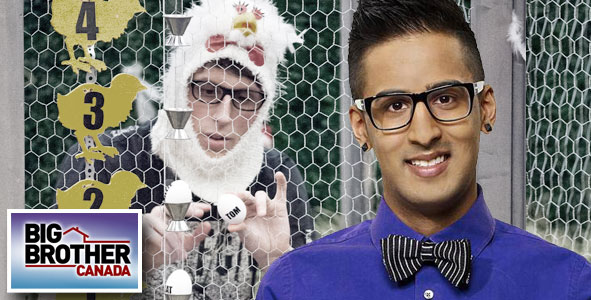 Aneal is not a fan of twists
Now playing

Aneal joins Rob Cesternino and Brian Lynch to discuss Big Brother Canada on Rob Has a Podcast. This week another Power Shift will rock the Big Brother House as either Gary, Alec, Topaz or AJ will return to the game from the jury house.

Rob says that he is rooting for Alec to come back but only reluctantly after Alec’s performance over the last couple of weeks. Rob doesn’t understand how Alec could be throwing the veto competition when he’s on the block.

Turning to this week’s events, Brian confirms that Peter Brown will likely be going home on Thursday leaving Jillian, Emmett, Talla and Andrew as the final four – with whomever returns to the house as part of the final five. In most of the scenarios that are talked about, whoever comes back will need to team with Jillian and Emmett to get power back in the house.

Rob asks Aneal if Peter failing to use the power of veto to save Topaz was a bad move and Aneal did not think it was. Rob thinks that it was a good idea to try to get Emmett and Jillian to trust him. Aneal also lays out a plan that could have saved Peter this week if he tried to get Andrew and Talla together to work to evict Emmett.