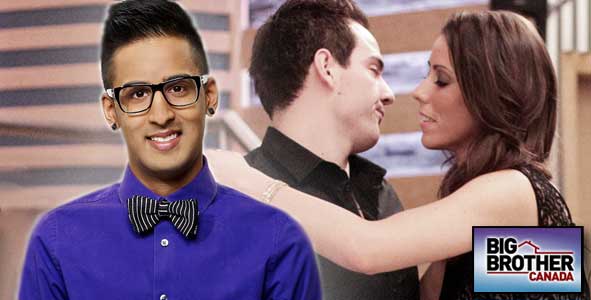 Rob starts out by asking Aneal about his feelings about getting shafted by the Big Brother “Power shift” that saw Canada get to use power of veto to save Suzette and put Aneal on the block. While Aneal was disappointed, he took going out of the game with a lot of dignity and grace.

Aneal felt like the Quattro alliance was making a big mistake when they decided to blindside Danielle and left him in the house. Aneal felt like things were really looking good until Tom was forced to re-name a replacement nominee. Aneal felt like Emmett was the one who really wanted him out of the house and who forced Tom’s hand during the live show last Thursday.

Rob was later joined by Brian Lynch to discuss some of the events of the week including Tom opening the door on Alec while he was in the shower, dubbed by many on the internet as FLASHGATE. Rob asked Aneal if Alec was really crying or if those were actually fake tears and Aneal said that the were real. Aneal didn’t really understand why Alec was so upset when all men share the same anatomy.

Later, Aneal answers many questions from the live viewers during the show about his thoughts on the players remaining in the house and his thought on which US Big Brother players he is the most similar to.

Subscribe to our Big Brother Canada Podcast Feed on iTunes: