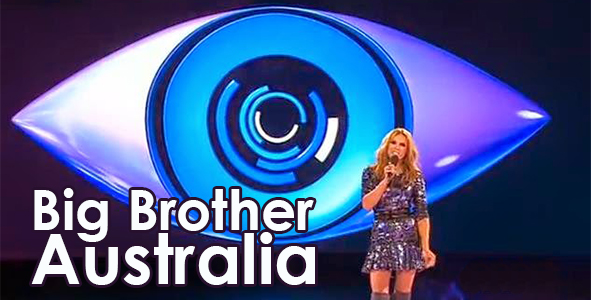 In this very special coverage of Big Brother Australia, join Curt, Amy and Malory as they give a rundown of the ins and outs of Launch Night, while giving an overview of the ins and outs of the BBAU game and what may be in store for houseguests this season.
First, the trio discuss the structure of the show, and the rather pregnant host, Sonia Kruger.  As a first-timer to the BBAU scene, Malory felt the audience was a bit low-energy, compared to the BBUK crowd…and everyone was surprised by the opening dance number, which both Malory and Amy felt was a cross between Blue Man Group and Stomp (and Curt threw in a little Cirque du Soleil for good measure).  The house, though, was anything but underwhelming, and all three hosts felt the new Australian living quarters blew the houses in the US, Canada and the UK out of the water.
We learn that this season there is a twist in which all the houseguests will be playing in pairs…which Sonia incorrectly says is the first time this has happened anywhere in the world in the history of Big Brother.  The pairs are formed when one houseguest is presented with two options for a partner…one who is a good match and one who is a bad match, based on psychology/personality tests they were all given.  Then the “non-selected” houseguest gets to choose between two possible partners, and so on. The pairs end up being:
With all the houseguests in the house, Priya and Katie must make their first Power Play…one of the pairings must be locked in the fishbowl by the pool overnight, and miss out on the opening night party.  They end up choosing Dion and Jason, as they feel they will make the most of it and still try to have a good time, and Amy and Malory agree that they probably would have made the same selection themselves.
However, we leave the Monday Launch Night with Priya and Katie facing a second Power Play…they must choose whether to:
Priya definitely wants to take the $10,000, but Katie seems torn between paying off her debt, and not wanting to take away food from her new housemates.  Luckily they have 24 hours to decide. Malory says she would definitely take the money, especially taking student loans into account, while Amy and Curt debate what the impact might be on the viewing public.  Regardless, all the hosts do feel that Katie comes off much more positively during this discussion than Priya.
And with that, they wrap up the show, with the knowledge that four more houseguests are going to enter the house on the next day! 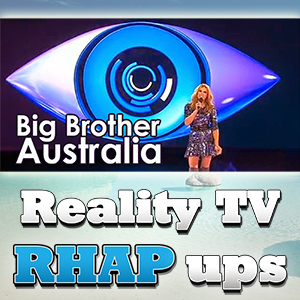