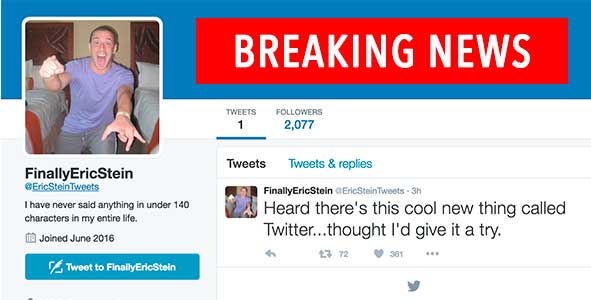 Eric Stein on Why He Finally Decided to Join Twitter:

Rob Cesternino (@RobCesternino) is joined by Eric Stein (@EricSteinTweets) to discuss why he finally decided to join twitter after years and years of hand-wringing about the subject.

Heard there's this cool new thing called Twitter…thought I'd give it a try.

Watch the Periscope Recording of this Podcast: