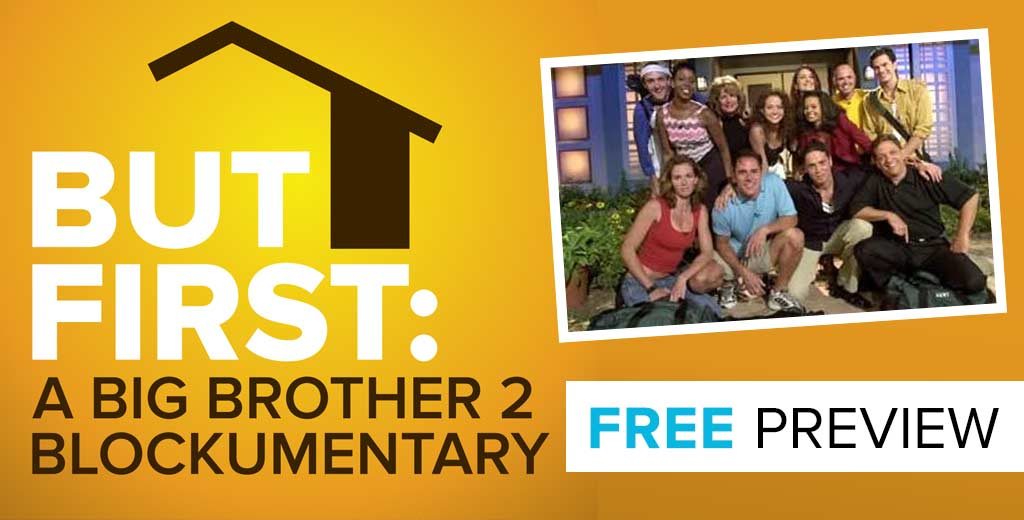 FREE PREVIEW: Part 1 of “But First: A Big Brother 2 Blockumentary”

Rob Cesternino and Taran Armstrong bring you the first part of their brand new audiobook all about a single season of Reality Television, “Big Brother 2”.

After the tepid response to the original US season of Big Brother in 2000, CBS decided to revamp their summer reality series and developed a brand new game for Big Brother 2. This historic season became the first edition of the show that we now know so well.

Big Brother 2 is revered for its place in history and for the gameplay of Dr. Will Kirby. Rob and Taran watch the series from start to finish with a particular focus on Dr. Will to see if the legend is real or just Big Brother myth.

In addition, Rob and Taran discuss many of the nuances of the Big Brother game which were introduced in some form during this “game-changing” season of television.

In this preview you’ll here the first 3+ hours of the book covering the very eventful first week of play from Big Brother 2.

View the Audiobook in the RHAP Store

View the Audiobook in the RHAP Store