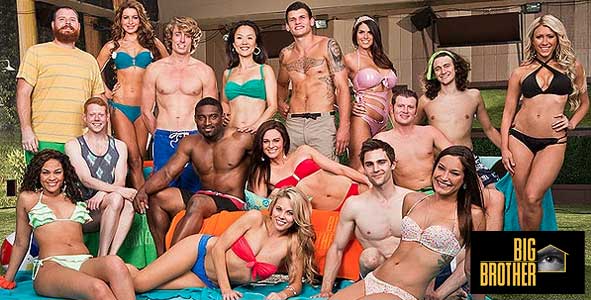 Talking about first impressions from the houseguests in the BB15 premiere, Rob and Nicole discuss how McCrae Olson got the most airtime on the first night.  Rob says that he was surprised to see McCrae go so hard after the first HoH (especially after breaking down how powerless the HoH has become).  Rob also felt like he was too hard on Nick Uhas in the season preview because Rob actually liked his gameplay in the first show.

Another player that got a lot of screen time was Jeremy McGuire.  Nicole really did not like Jeremy but Rob thought he provided a bit of unintentional comedy.  Jeremy is at the center of two alliances in the house right now – one with Spencer and Howard and the other with Jessie and David.  Rob feels like he was not hard enough on David in the preview podcast and said that he is both equal parts dumb and cocky – which is not a good combination.

Rob also felt good about his winner pick, Andy, after the first night of the show.  Rob asked Nicole about what she thought about Gina Marie and Nicole nearly choked to death.  Nicole said that she knows a lot of people that like Gina Marie.