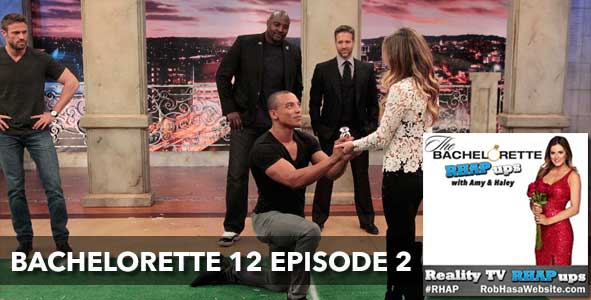 Amy and Haley recap The Bachelorette Season 12 Episode 2, as JoJo Fletcher goes on two group dates and her first one on one date with Derek.
In this podcast, they talk about:
Amy and Haley recorded right after the east coast airing tonight, so did not have updated draft results at the ready. Follow Scorekeeper George on Twitter (@GeorgeCTV) for full draft point results this week.
Follow Amy (@RHAPrecapper) and Haley (@hstrong_) on Twitter and share your thoughts in the comments, and send along any additional questions if you didn’t have time to get one in!