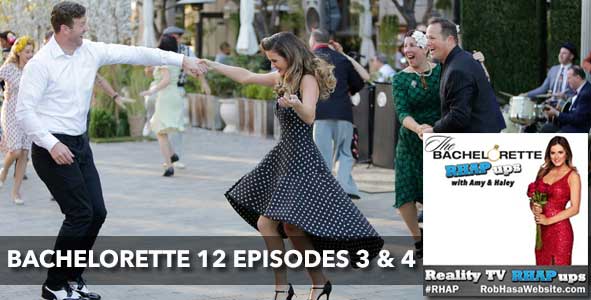 Amy and Haley recap The Bachelorette Season 12 Episodes 3 and 4, as JoJo Fletcher goes on one on one dates with Chase, James T, and Luke, as well as a two-on-one date with Alex versus the villain of the house, Chad.
In this podcast, they talk about:
Amy and Haley recorded right after the east coast airing Tuesday, so did not have updated draft results at the ready. Follow Scorekeeper George on Twitter (@GeorgeCTV) for full draft point results this week.
Follow Amy (@RHAPrecapper) and Haley (@hstrong_) on Twitter and share your thoughts in the comments, and send along any additional questions if you didn’t have time to get one in!