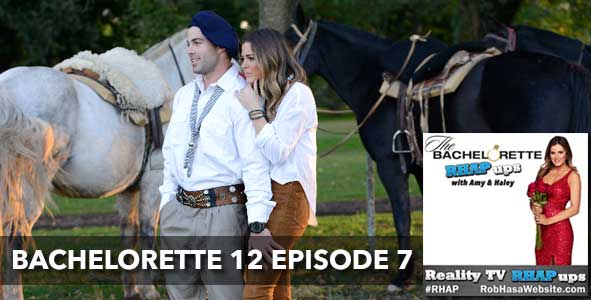 RHAP Amazon Shop: Amazon.com/shop/RHAP
Amy and Haley are reunited this week to discuss The Bachelorette Season 12 Episode 7, as JoJo Fletcher goes on three one-on-one dates, with Alex, Jordan and Luke, as well as one three-on-one date with Robby, Chase, and James Taylor.
In this podcast, they talk about:
Amy and Haley provide updates on the draft. Amy and Haley are closing in on Jordan’s lead, and Haley is the only one with 2 players remaining. Follow Scorekeeper George on Twitter (@GeorgeCTV) for full draft point results this week.
Follow Amy (@RHAPrecapper) and Haley (@hstrong_) on Twitter and share your thoughts in the comments!