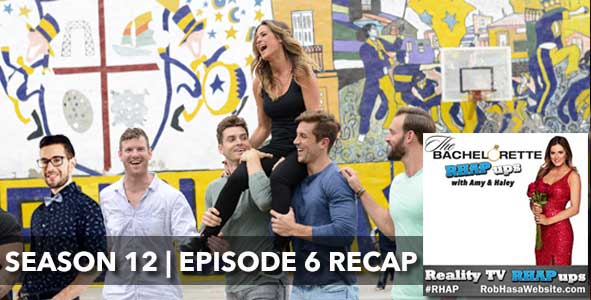 RHAP Amazon Shop: Amazon.com/shop/RHAP
Big Brother Canada’s Jordan Parhar guests on the podcast to discuss The Bachelorette Season 12 Episode 6, as JoJo Fletcher goes on a one on one date with Wells, as well as a two-on-one date with Derek and Chase.  Due to scheduling conflicts, Jordan joins Haley to talk about immediate reactions to the episode, and then answers audience questions and reviews the draft with Amy.
In this podcast, they talk about:
Amy and Jordan provide updates on the draft. Jordan is holding strong with the lead. Follow Scorekeeper George on Twitter (@GeorgeCTV) for full draft point results this week.
Follow Jordan (@JordanParhar), Amy (@RHAPrecapper) and Haley (@hstrong_) on Twitter and share your thoughts in the comments!