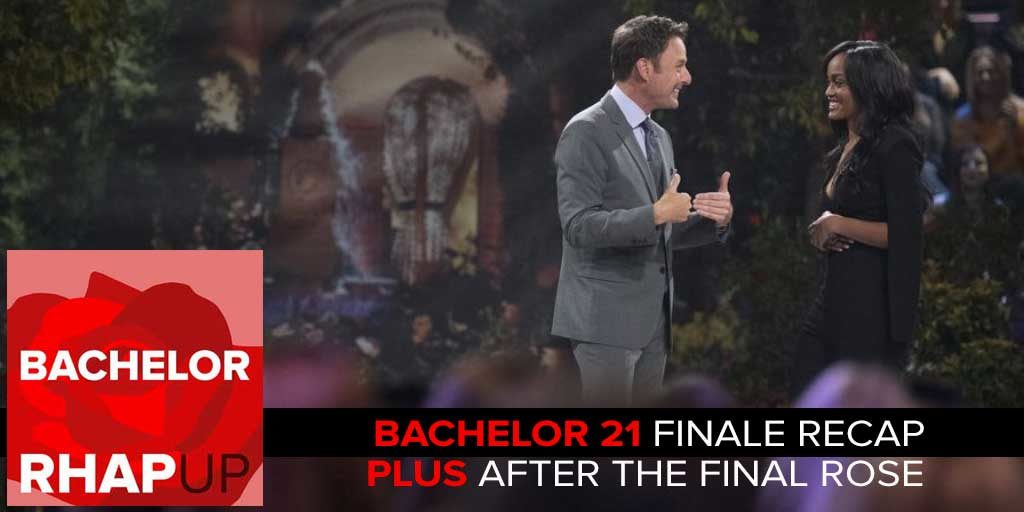 Amy and Haley are joined by Angela Bloom to recap The Bachelor Season 21 Finale and After the Final Rose, as Nick Viall proposes in Finland and reunites with the final two women before Rachel Lindsay embarks on her journey as The Bachelorette.
In this podcast, they talk about:
Amy and Haley provide the final Draft Scores for the season (Jordan wins in a landslide, with Haley in second, and Amy in third) and answer listener questions and emails with Angela. Follow Scorekeeper George on Twitter (@GeorgeCTV) for full draft point details.
Follow Amy (@RHAPrecapper) Haley (@hstrong_) and Angela (@angpalaggi) on Twitter and share your thoughts in the comments! And be sure to subscribe to robhasawebsite.com/rhapups to catch upcoming Dancing with the Stars podcasts featuring Angela Bloom as co-host!