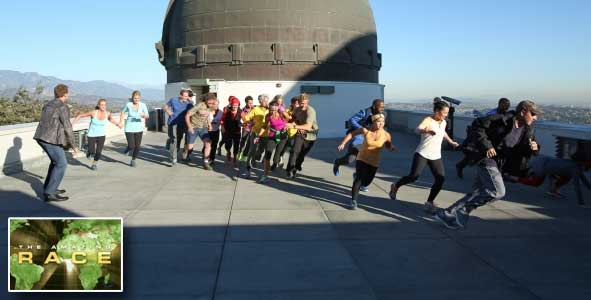 There's a lot of quit out on the Amazing Race 22

The Amazing Race is finally back and 11 new teams are beginning a Race around the world. Rob Cesternino dials up Amazing Race RHAPorter, Jessica Liese (@HaymakerHattie) to break down what happened during the Amazing Race 22 premiere.

Rob and Jessica discuss the wild finish to the first leg of the race that saw three teams quit on the same sandcastle building challenge in Bora Bora. After several hours in the scorching sun, Caroline and Jen, Matt and David and Max and Katie decided it was better to all take a 4 hour time penalty and just have a footrace (or a canoe race) to the mat. Unfortunately, for Matt and David, they were the big losers in the race.

Rob wants to know what the precedent is for multiple teams taking a time penalty on The Amazing Race. Rob also wonders in Matt and David could’ve gone back to looking for clues in the sand castles after failing to complete the leg in the canoe.

Rob and Jessica give updates on their thoughts on the entire cast of teams to see who imporoved their chances and who isn’t looking good. Rob asks Jessica about the tough night for Idries between having a literal metldown on the beach and his fear of the water in the boat.

After John and Jessica won the pair of express passes, Rob asked Jessica about the correct strategy for them to give their second pass away. Rob and Jessica speculate whether or not they’ll give the second express pass to David and Connor as they had promised they would do.

For more Amazing Race coverage, be sure to check back on Monday to read Jessica’s full blog and see Eric Curto’s video recap of the Amazing Race 22 season premiere.