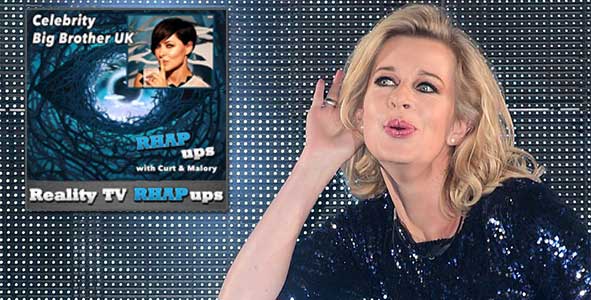 Once again, we are back with weekly Reality TV RHAP-Ups coverage of Celebrity Big Brother UK!  This episode, Curt Clark (@curtclark) and Malory Beazley (@malorybeazley) cover the (shortened) first week in the CBBUK house.  Now that all the fanfare of Launch Night has died down and we’ve had a few days to see our housemates in action, Curt and Malory revisit the cast and issue their “second impressions” of the line-up, discuss the various dramas that transpired in the first couple days, and the outcome of the first set of live, face-to-face nominations from Friday night.  Topics include:

Join Malory and Curt next weekend when they cover all the action from Week 2 in Celebrity Big Brother UK! 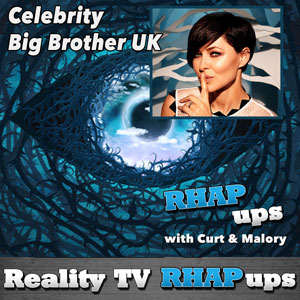